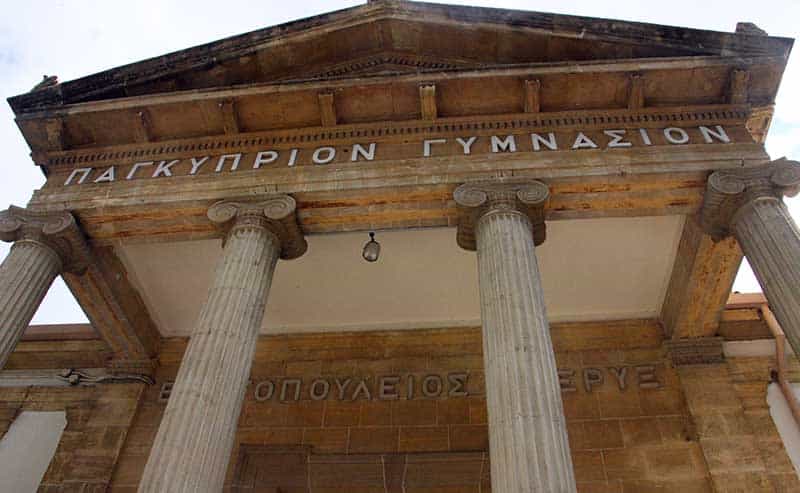 Lawmakers on Thursday expressed outrage over the fact that materials from the north are being used in construction works at the Pancyprian Gymnasium – despite being told that, strictly speaking, the importation of these goods is legal under the Green Line Regulation allowing for trade between the two communities.

Founded in 1812, the Pancyprian Gymnasium is the oldest high school still in operation on the island and considered a landmark. The school also incorporates a substantial collection of artefacts, art and books.

At the House watchdog committee, chair Zacharias Koulias claimed the tender’s technical specifications for the procurement of the construction materials appeared to have been deliberately tailored to a specific factory in the north.

The specifications for the tiles, to be used in the Pancyprian Gymnasium, were such that they could only be obtained from the north, thus eliminating any suppliers in the south, MPs said.

They were particularly peeved that the factory in question originally belonged to a Greek Cypriot.

Moreover, it appears that the tiles ordered from the factory were quarried from a site on the Pendadaktylos mountain range.

“Today has been the saddest day of my parliamentary career,” remarked Koulias.

“It is inconceivable that, in the most official way, we placed an order with a factory which belongs to a Greek Cypriot refugee and which is being preyed upon by the other side, all the while citing the Green Line Regulation as a pretext.”

The Green Line Regulation should not be used as carte blanche to break the laws of the Republic, he added.

Previously, both the auditor-general’s office and the Central Committee on Changes and Claims said the matter should be seen in the light of the Green Line Regulation.

But MPs were not satisfied.

Akel’s Irini Charalambidou said the issue was primarily a political one, and lambasted the ministers of education and transport for not showing up at the committee and passing the buck to ministry technocrats.

Deputies resolved to hold another session where the two ministers would be present to answer questions.

Edek MP Marinos Sizopoulos claimed that construction materials from the north were being used in other public buildings in addition to the Pancyprian Gymnasium.

Materials from the north had even been imported for construction works at the Tymvos site in Makedonitissa, a military cemetery for Greek Cypriots who died in Cyprus in 1964 and 1974.

“It is an insult to the Republic of Cyprus and a mark of disrespect for those who fell in 1974,” Sizopoulos said.

The Green Line Regulation, adopted in 2004, sets out the terms under which persons and goods can cross the dividing line.

In 2014, plastic products were the most traded item, followed by fresh fish, building materials/articles of stone and raw scrap material.

A whole lot of soul