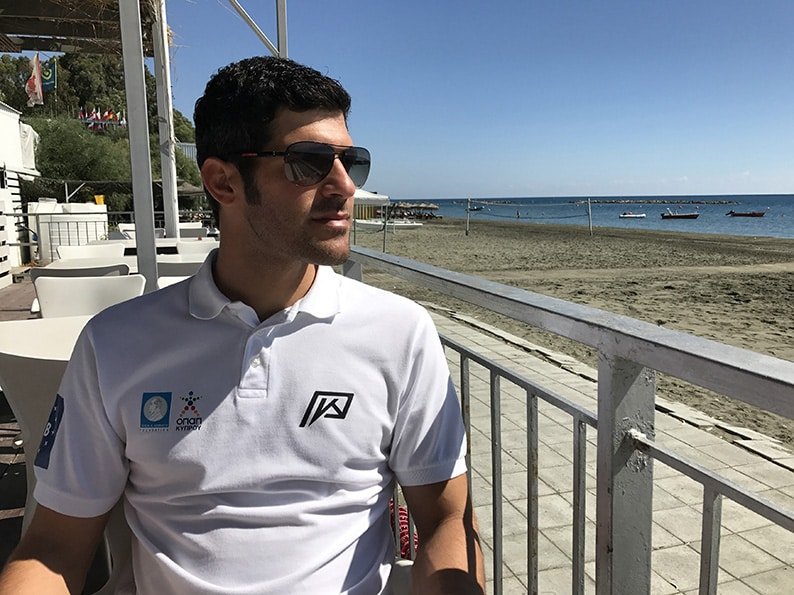 Cypriot sailor and ILCA World Champion in laser class, Pavlos Kontides, is aiming to qualify for the next Olympic Games in Tokyo, he says.

In an interview with CNA, Kontides, who in September this year won the gold medal in the Men’s Laser Championship in Split Croatia, thus securing the biggest victory in his career, said that his aim in 2018 was the World Championship in Aarhus in Denmark, that will mean the first qualification for the next Olympic Games in Tokyo, in 2020.

“So, my goal is to secure qualification and do my best,” he said.

Four years ago, Kontides finished second in the Laser World Championship in Oman.

No other athlete in the laser category has managed to achieve four medals in a year, he said, noting that after this success, he will rank first in the overall world ranking.

He told CNA that experience plays a significant role. Games that bring experience, he said, are very important for an athlete to mature.
Kontides said that the secret of an athlete’s success is hard work, persistence, and patience.

In his interview with CNA, Kontides sent a message to the people, especially the youth, saying that “there is no failure, there are only undesirable results”.

“Failure is when you stop trying. When an undesirable result comes, you can try again,” he said.

The Cypriot sailor noted that one should always pursue things that they love and do things for yourself and not for anyone else.

He also said that in the future when he retires, he would like to help young people develop their capacity for the sport.

As for Cyprus, he said there were children who love the sport adding that the island has the perfect conditions for sailing all year round, an advantage which other countries do not enjoy.

“This is our greatest advantage and we must exploit it,” he said.