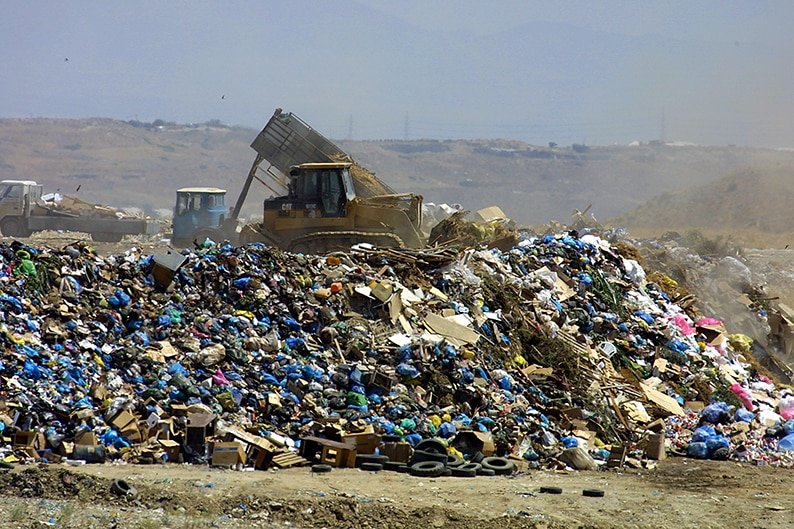 Cyprus will be given time to close down the illegal landfills in Vati and Kotsiatis, European Environment Commissioner Karmenu Vella said on Monday after meeting with agriculture and environment minister Nicos Kouyialis in Nicosia.

“With one of them, the one closest to Larnaca, we do not see an issue. We will be giving Cyprus some more time on the Kotsiatis landfill. I believe there is an agreement still pending between Koshi [waste-management] plant and the landfill. So hopefully we will sort this out within the next few weeks,” Vella said.

Cyprus was faced with fines over the delay to shut down the landfills, ordered by the EU in 2013. An infringement process was initiated in May this year and the island was looking at fines worth around €30,000 per day for each day of delay.

“We will put all our efforts into terminating the two illegal landfills for which there is a negative decision from the European Court. This is what we have agreed today,” Kouyialis said after the meeting, thanking Vella “for providing us with this breathing space, this time to come up with an agreement with the operator of Koshi”.

“I am pretty confident that Cyprus will meet these challenges and overcome these problems.”

“We have discussed extensively the ways of managing municipal solid waste,” he said.

The commissioner told Kouyialis that Cyprus’ recycling rate is very low with almost 80 per cent of municipal solid waste going to the landfill.

According to the environment commissioner, Europe is moving towards a circular economy, where the material is being recovered instead of sending products to landfills. At present six times more raw material is imported than the EU produces.

“Cyprus is still throwing a lot of material into landfills so we want to support Cyprus so that first of all residents start separating more waste and more importantly they start recycling more waste as well,” Vella said.

Kouyialis explained there are several plans in place right now to increase the recycling rate, such as the Pay As You Throw programme and the Zero Waste Management for the Troodos area.

Another issue for which an EU reprimand is imminent is the illegal trapping of the Black Cap bird which Vella said cannot continue and which the EU has to combat.

However, later in the day, and after discussion of the matter, Kouyialis tweeted that it had been agreed not to start proceedings against Cyprus.

“A discussion to resolve the matter is starting,” the minister said.

The two also discussed Natura 2000 challenges, with the commissioner warning that economic activities in these EU-designated areas have to be in line with environmental and nature protection.

“With regards to nature and Natura 2000, we have also agreed on a bilateral dialogue between the European Commission and Cyprus, which will happen in April of next year, and hopefully there we will both engage in how we can manage and implement the Natura 2000 sites better.”

On the positive side, Vella said Cyprus is at the forefront when it comes to clean seawater and to utilising funds from the European Maritime and Fisheries Fund.

Alyssa Milano’s “me too” campaign is giving women a voice

US-backed militias in final push against IS in Raqqa