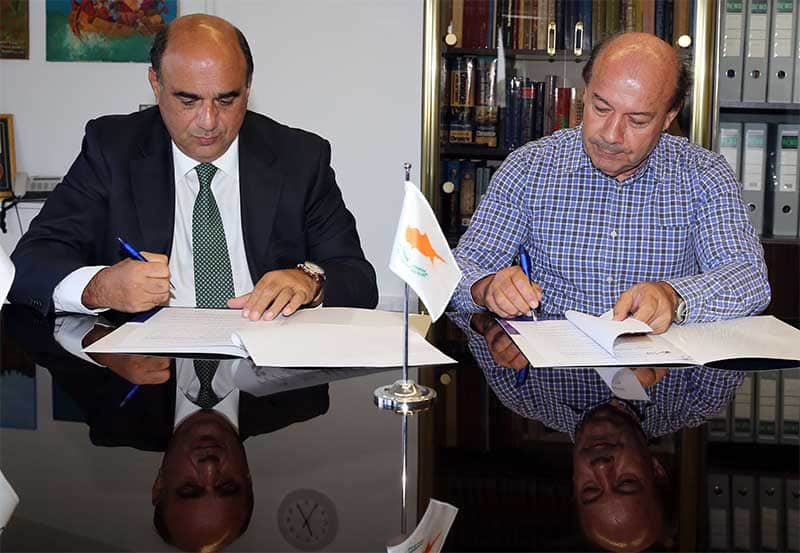 A memorandum of understanding was signed on Tuesday between the Cyprus News Agency (CNA) and the Cyprus Investment Promotion Agency (Cipa), whereby the former will support Cipa’s promotion of Cyprus as an investment destination and Cipa supports the CNA on issues of visibility, communication and information.

“We are currently inaugurating and formalising the close cooperation between the Cyprus News Agency and the Cyprus Investment Promotion Organisation, in which relations between Cipa and the CNA are strengthened,” Angastiniotis said, adding “CNA is and should continue to be a strategic partner of Cipa”, noting that both establishments work to promote Cyprus’ prosperity and visibility.

For his part, Larkou pointed out that with subsidies from Cipa, the CNA will broadcast news on a fourth website in Arabic, a fact that is very important as Cyprus – an EU member state – is a bridge of communication with the Arab people.

Larkou noted the CNA will be there to promote the Cipa’s projects related to development, attracting investment and creating new jobs.

“We are uniting our forces, making our voice stronger and making the voice of all of Cyprus a bit stronger,” the CNA president said.