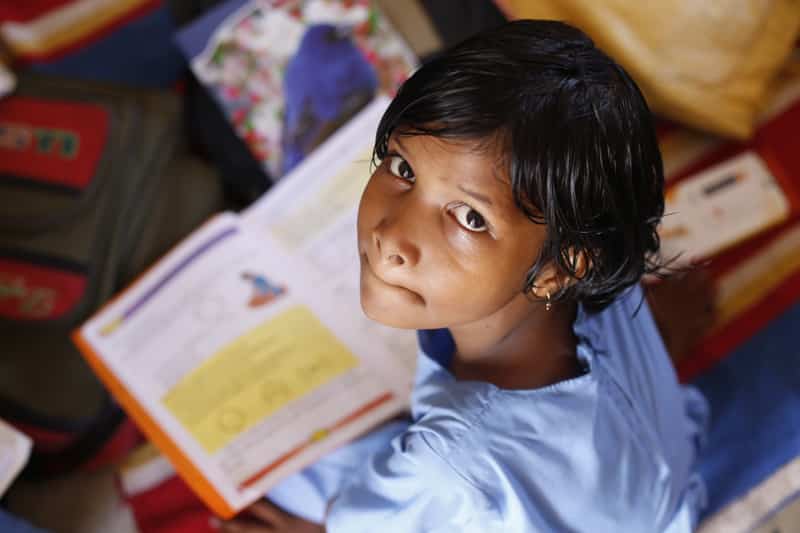 Though girls may be actively encouraged to get educated, family responsibilities and cultural expectations can hold them back from the working world

The International Day of the Girl (October 11) has been met with a flurry of social media and public statements about the importance of educating girls. Non-profits, social investors, and economists advocate increased education for women and girls as a way to boost their economic participation and their countries’ development. The Malala Fund, which focuses on ensuring that girls in countries such as Pakistan, Nigeria and Lebanon have access to at least 12 years of schooling, advocates that women’s education is “the best investment in the future peace and prosperity of our world.”

Most supporters of this agenda assume that schooling will translate directly into economic participation because educated women have the skills and confidence to enter the workforce. UNESCO has calculated that a single year of education should increase a girl’s wages later in life by 20 percent; other research shows that when 10 percent more girls attend school, a country’s GDP should increase by an average of 3 percent.

Yet, these benefits may be hard to realize unless other social structures and cultural practices also change.

In India, for example, women’s access to primary, secondary and even tertiary education has increased dramatically over the past two decades. According to the World Bank, the percentage of women enrolling in college went from 2 percent to 27 percent between 1971 and 2015. By 2013, more than 90 per cent of girls were enrolled in primary school.

Even in remote rural areas of Uttarakhand, an Indian state in the foothills of the Himalayas, most young women now earn bachelor’s degrees while their mothers often did not finish high school and their grandmothers were lucky to attend primary school at all.

Our ethnographic research in Uttarakhand shows that many families expect prospective brides to have college degrees, even if the groom does not. Educated women are seen as higher status and are expected to raise children who will be even better educated. Degrees are such important status symbols that families who could not afford school fees, married their daughters into families who promised to pay for their continued education.

Despite this, families continue to insist that young women remain at home until marriage to protect their reputations. Because there are no universities nearby, women earn college degrees by correspondence, which allows them to study at home and only leave to take final exams. We found that while families strongly support their daughters’ continued education, they do not expect them to earn higher incomes.

The emphasis on maintaining young women’s reputations in Uttarakhand means that few are permitted to work jobs outside the home. Those who find employment earn very little because the jobs that are available near their homes are mostly temporary and low status. Rather than leading directly to increased participation in the formal labour market, the greater interest in educating girls has changed the landscape of arranged marriage, which is still the primary way that marriages still take place.

While expectations for brides have changed, those for wives have not. Once married, families expect women to stay home, excluded from the labor force because they will be too busy taking care of the home, the farm, their in-laws and their children. Most of the young women who were employed in Uttarakhand planned to leave their jobs after marriage. Although the young women who did get jobs liked them and expressed a strong desire to work while they could, the vast majority saw formal employment as a temporary phenomenon in their lives, something they could not do once married.

The few who attempted to work after marriage had difficulty keeping up with work responsibilities given all of the new duties they now had at home – housework, child care, elder care, cooking, and farm work. Male supervisors at a local NGO criticized married women workers for being late or taking days off to deal with household responsibilities, although they readily admitted that women in the area did more work than men.

This story is representative of a broader observation: merely educating girls and women is not enough to improve their participation in the workforce. Gender norms, unequal access to employment opportunities and heavy domestic labor burdens frequently take women out of the job market. Even in developed economies such as Canada where women earning 60 percent of college degrees, they hold just 14 percent of seats on company boards.

To be sure, education may be a benefit in and of itself. Evidence also suggests that greater education is associated with better health outcomes for women and their families. However, to translate this education into economic participation in wage work, the larger social context in which women live must also be addressed. Governments and NGOs that promote girls’ education will need to work in parallel with communities to change expectations about what women can and should do with their educations. Crucially, development practitioners must also create better opportunities for women to work, the kind that will make new expectations for educated women seem possible to achieve, not the kind of low-status, temporary jobs we observed in Uttarakhand. Without good job opportunities and family support, educated women will continue to under-participate in the formal labor market.

This article was first published in TheMarkNews

Discussions continue on who eligible for cheaper electricity