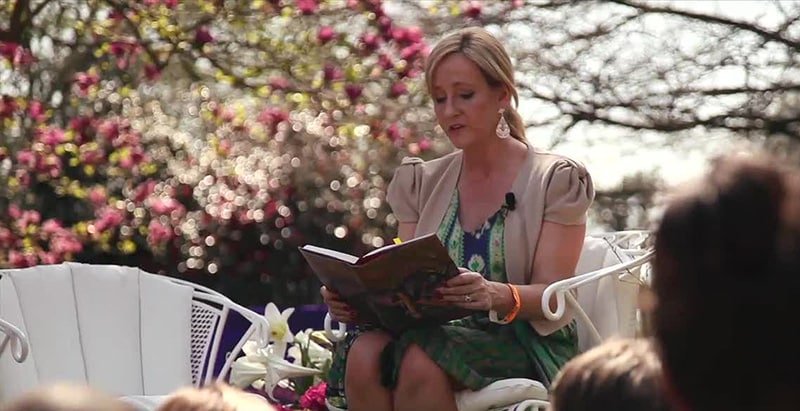 The ‘Harry Potter’ author amassed the huge sum over 12 months before taxes and management fees, according to an estimate by Forbes, which also named the writer third highest-paid on its list of world celebs.

Nearly half of the 52-year-old star’s earnings come from her writing about the fictional wizard, with her latest book about the character, co-written play ‘Harry Potter and the Cursed Child’, selling more than 1.3 million copies in Britain alone making it the nation’s bestselling book in 2016.

J.K. and Adele are the only women in the top 20, half of which is made up of professional athletes, including tennis superstar Roger Federer (£48 million), golfer Rory McIlroy (£37 million) and Formula 1 driver Lewis Hamilton (£34 million), who all made the top 10.

Other big names from the UK who made the list include ‘X Factor’ boss Simon Cowell, who earned £34 million, and singer/songwriter Ed Sheeran, who was 15th after amassing £28 million.