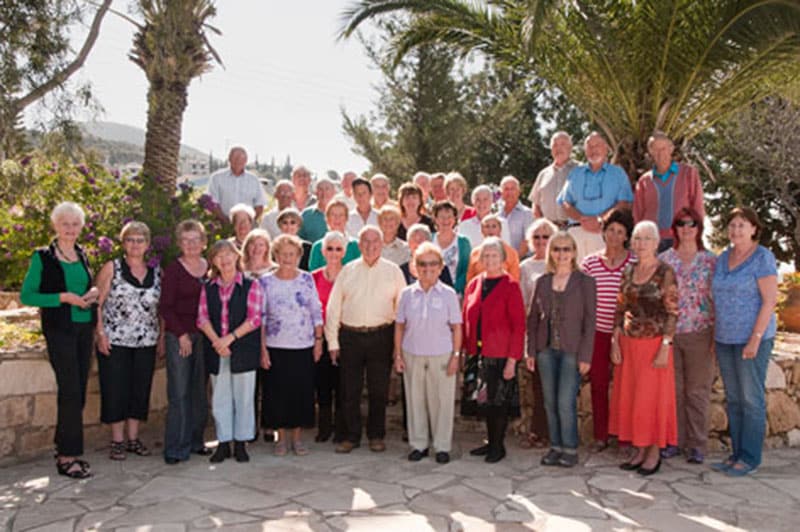 Two musical performances are just around the corner in Paphos, which promise to continue the hype of the cultural year that is tied into the city with the same high quality that has characterised events until now.

First up is a performance by the Orphean Singers on Friday at the Annabele Hotel. The singers will once again perform an Autumn concert and will sing their hearts out on the theme of love. According to the choir, “love’s joy and happiness, pleasures and pain, are all covered in familiar melodies carefully chosen to make pulses quicken and the heart sing.”

The Orphean Singers have been performing to audiences in Paphos for over 20 years and will this time present numbers from West Side Story, Phantom of the Opera, The Lion King and South Pacific. Weaving in and out of these musical classics will be some big love songs including As Time Goes By by Herman Hupfeldand and We’ve Only Just Begun by the Carpenters. But just so things don’t turn too sweet, the singers will also turn up the beat a notch with a few tunes from Mama Mia. The night will show all the faces of love, romance and desire.

The Orphean Singers – a mixed amateur choir consisting of approximately 50 members – will be conducted by maestro Yiannis Hadjiloizou and accompanied by Nadia Iotova on the piano.

The choir was established in 1992 as a non-profit group singing for pleasure and to raise money for charities. If you like what you hear and like to sing, you could get chatting with the members after the event and see about becoming a part of the singers, as they are always in the lookout for new members.

The event at Technopolis 20 Cultural Centre on Sunday may not involve so many people willing to make us merry on music, but it is equal in entertainment value.

A classical trio recital is set to bring together Klaus Storm on the oboe, Natalia Lezedova on the piano and soprano Tina Chester to end the week with a bang.

Storm is an internationally-acclaimed musician who started his musical studies at the age of six with piano, later graduating to oboe in Munster, Berlin and Wurzburg. He has worked with many international orchestras and as a soloist in Germany and abroad.

Lezedova, from Russia, is a graduate of the Musical Faculty of the State Pedagogical University of Russia. She is a Laureate of five international competitions and she has performed in a number of events in local recitals around the island.

Chester, who hails from north-west England, studied classical and performance techniques with various teachers. In her mid-30s she discovered her classical voice – something that has made her describe her life as a big mix of music and dance.

The soprano has enjoyed leading roles in amateur operatics and musical theatre and has performed with orchestras and small ensembles.