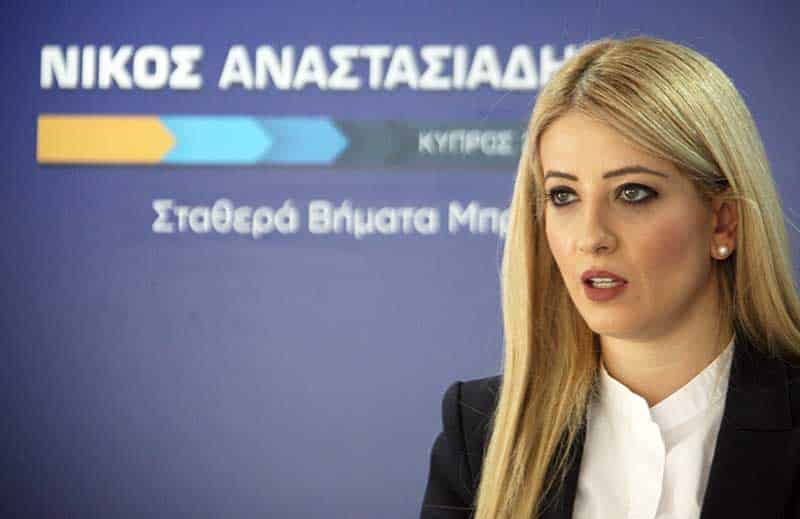 Right on cue, political parties on Tuesday entered the fray of a political storm – contrived or not – triggered by the remarks of former Central Bank governor Panicos Demetriades over the March 2013 haircut on uninsured deposits.

Demetriades made the comments on Monday while plugging his book A Diary of the Euro Crisis in Cyprus, Lessons for Bank Recovery and Resolution on television.

The ex-Central Bank boss claimed President Nicos Anastasiades knew a bail-in was on the cards before travelling to the first Eurogroup in mid-March 2013.

He also repeated the claim that relatives of Anastasiades had been warned in advance of the haircut and as a result funnelled their funds abroad.

He said that during the time preceding the bail-in he had tried to take steps to tackle the problem of non-performing loans but Papadopoulos – who then chaired the House finance committee – sought to obstruct him.

Predictably, the remarks set off a new brouhaha over the events of March 2013, with politicians trotting out the same sound bites of four years ago.

President Anastasiades suggested the former Central Bank boss sought to stir up a hornet’s nest right before the elections.

He advised Demetriades to compare his remarks with the testimony the banker had given to a commission of inquiry.

There, Anastasiades recalled, Demetriades had testified that despite the fact Laiki was a zombie bank, the administration of Demetris Christofias decided to keep it alive with a €1.8 billion bailout in June 2012 – under Demetriades’ own watch.

Chiming in, Disy MP Prodromos Prodromou said the bailout bill was drafted in January 2013 – before Anastasiades assumed office – by the then finance ministry in collaboration with Demetriades, meaning the latter had seen which way the wind was blowing, but decided to delay rolling out the bill until the elections of February 2013.

Joining the attack against the banker, Diko pledged to investigate Demetriades’ role leading up to the 2013 financial meltdown should Nicolas Papadopoulos be elected to office in the January 2018 elections.

In a statement, Papadopoulos’ advisor Chrysis Pantelides called Demetriades “the main culprit for the financial disaster.”

Among other things, he said Demetriades had approved Emergency Liquidity Assistance for Cyprus’ struggling banks and then colluded with the Christofias government to kick the can down the road, something to which Demetriades himself has alluded.

Pantelides then accused the present administration of a cover-up, in that four years on no one has been brought to justice over the 2013 debacle.

The jibe drew a response from Annita Demetriou, spokesperson for the incumbent Anastasiades. She asked Diko whether it believed the attorney-general – who is supervising the ongoing police investigations – is part of the alleged cover-up.

Main opposition Akel meanwhile deployed its usual narrative that Anastasiades was co-responsible for the financial collapse.

It accused Anastasiades of masterminding an initial proposal for a haircut on all deposits in all banks in Cyprus, which was subsequently replaced by a seizure of part of uninsured deposits in Laiki and Bank of Cyprus.

“Five years on, citizens are asking whether Mr Anastasiades will tell the truth about the events that led our country to tragic circumstances and whether he will find the courage to take responsibility for his actions,” Akel’s Giorgos Loucaides said.

Responding to Akel, deputy government spokesman Viktoras Papadopoulos said Anastasiades’ role, as well as the allegations concerning inside information given to the president’s relatives about a pending haircut, have been comprehensively addressed during the commission of inquiry that probed the events of 2013.

Amid the back-and-forth, attorney-general Costas Clerides is on Wednesday set to brief the House ethics committee on the course of criminal investigations into the 2013 crisis.

It’s understood the session, to be held behind closed doors, had been pre-scheduled.

Speaking to the state broadcaster on Tuesday, Clerides was critical of the political controversy, noting that there is enough responsibility to go around for the 2013 debacle.

A number of factors contributed he said: unsound fiscal policies, excessive borrowing, the write-down of Greek debt, as well as the bailing out of Laiki.

He cited the example of Iceland and Ireland, where it took seven or eight years to bring bankers to justice. “By that, I do not mean that we, too, should take seven years. But the investigations must be done thoroughly and properly.”

Kasoulides speaks out against Turkish moves in EU forum