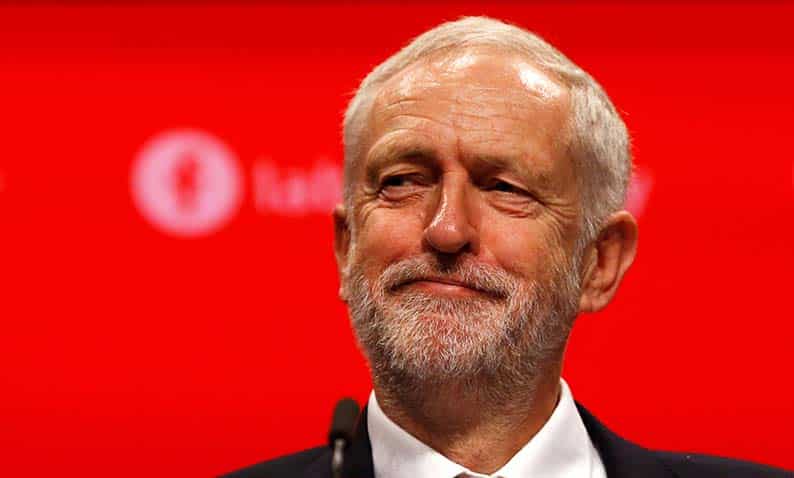 The Labour Party’s ‘Friends of Cyprus Group’ was launched on Tuesday evening at an event held in the UK parliament, in the presence of the party’s leader Jeremy Corbyn and a number of Labour MPs.
The initiative for the creation of the group belongs to Vassilis Mavrou, who said that the aim is to “create closer bonds between Labour MPs and Cypriots, both in the UK and in Cyprus”. He noted that Corbyn’s support was a catalyst for the launch of the group.
In his address, Corbyn said that he represents a constituency that includes a huge number of Greek and Turkish Cypriots and that in 1974 he tried to help Cypriots arriving in London as refugees following the invasion by Turkey.
“The contribution made to our communities and our lives by those people is really incredible,” commented the Labour Party leader.
He went on to say that there must be a reunification of Cyprus and a resumption of the collapsed talks.
“Campaigning for Cyprus and having a sense of responsibility towards Cyprus is very important to me. I recognise that the UK is a guarantor power and I want a Labour government to ensure that we fulfil our obligations, to ensure that this means the island of Cyprus gets reunified,” he added.
The MPs that were present and spoke in support of Cyprus and the new group were Kate Osamor, Catherine West, Angela Rayner, Stephen Doughty, Steve McCabe, Joan Ryan, Roger Gossif, Carolyn Harris, Hugh Gaffney, Caroline Flint and the first UK Cypriot MP Bambos Charalambous.
Charalambous said that the Labour Party Friends of Cyprus needs to put more pressure on the current government to do more for Cyprus.

The rhythms of ink still pound out loud