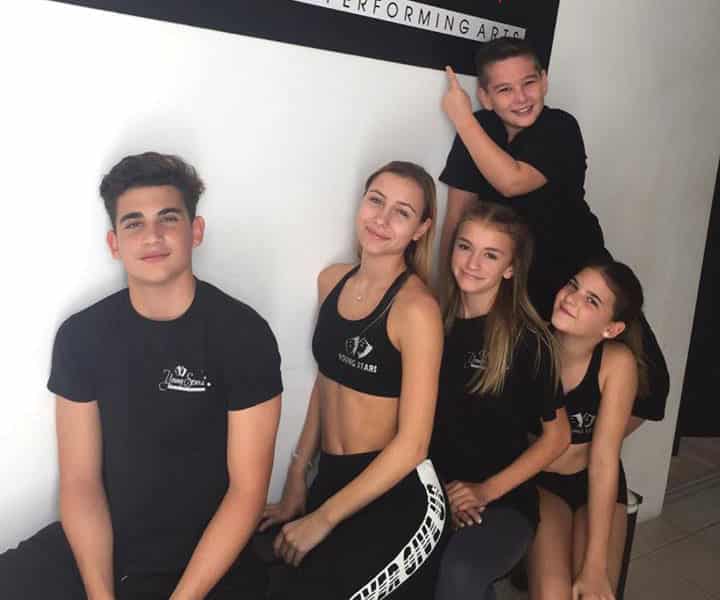 From left to right - George, Antonia,Georgina, Maria and Nicholas

A theatre and performing arts school in Paphos is celebrating five successful years since it was set up and on Sunday evening, five of its students competing in the popular TV show, ‘Greece has got Talent’, were sent through to the next round.

Filmed and produced in Greece, the programme is broadcast in Cyprus on Sigma TV on Sunday and Monday evenings.

Anna Michaelides, founder of the Young Stars Theatre and Performing Arts School in Kissonerga, said that she was thrilled with the news, as this month the school celebrates five years since they opened the doors to talented children of all ages.

“My aim when setting up the school remains the same today and that’s to help kids to get on the right path to further study in the UK if they want to pursue a professional career in performing arts,” she told the Cyprus Mail.

The youngest of her acts is 10-year-old Nicolas Michael from Emba, who impressed the three-judge panel with a hip hop routine, also through is Michaleides’ 11-year-old daughter Maria, who secured her place in the next round also with a hip hop performance.

Georgina Moakler, 14, from Coral Bay gained her place with a superb ‘rock ballet’ performance carried out on ‘pointes’, and George Michaelides, 14, the theatre school founder’s son, and Antonia Roumeliotis from Chlorakas, daughter of the school’s head of dance, are also through to the next round as a duet.

George Michaelides, although only 14, is already ambitious and knows that he wants a career on the stage.

“Both Antonia and I want to go on to be professional performers and we want to end up on Broadway and the West End,” he said.

The school’s founder attended the renowned Sylvia Young Theatre School in the UK from the age of 10, and went on to study at the prestigious London Studio Centre.

UK dance professionals and stars of musical theatre productions are regular guest teachers at the school, offering a range of workshops and opportunities to students.

“I am passionate about offering children an opportunity to take things further, as there is not much going on in this sphere in Cyprus,” she said.

Thousands of cases before the ombudswoman