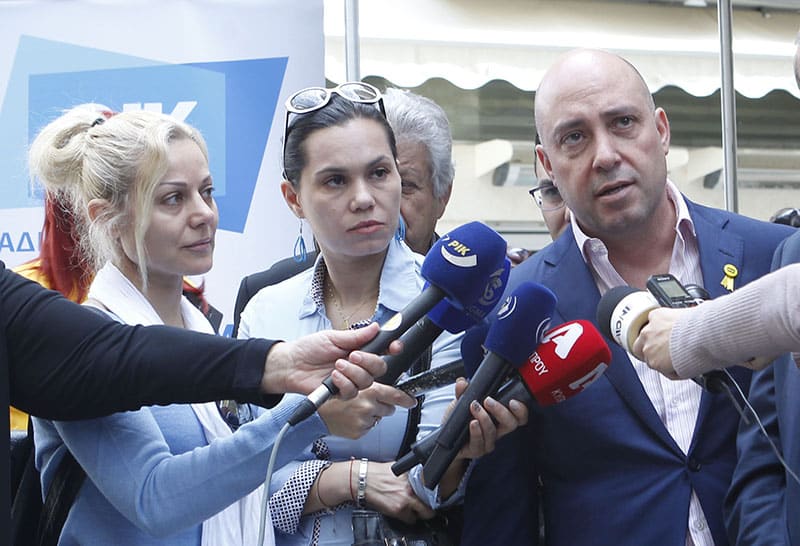 Health Minister Giorgos Pamboridis does not shy away from public confrontations. In his time at the ministry, he has rowed with political parties, civil servants, businesses and union bosses because he is not afraid to speak his mind. The idea of getting on with everyone, which is an article of faith for most of our politicians, is not a priority for Pamboridis even now we are in an election period and his boss is pandering to everyone.

We doubt the president would have been very pleased with Tuesday’s attack by his minister on the hospital doctors’ union Pasyki, which represents a respectable number of votes. It is necessary, however, for someone in a position of authority to stand up to the arrogant union bosses that think they should have the final say on all policy decisions. Speaking on a radio show, Pamboridis lashed out at Pasyki, whose boss Soteris Koumas claimed the newly-introduced, ‘fast-track’ at the A&E of Nicosia General Hospital failed because his union had not been consulted about how it should operate.

As the minister explained, the reason for the under-staffing at the A&E, which contributed to the ‘fast-track’ system failing, was because some state doctors turned down transfers there because of the heavy workload. On some occasions, when doctors were asked to move to A&E they would take a month’s sick leave in protest said Pamboridis, who described this un-professional behaviour as unacceptable; doctors working in A&E were paid more because of the heavy workload.

Koumas did not hide the fact that the union was making a point because the doctors had not been consulted about the pilot scheme. “As long as some ministry officials believe they know everything and make decisions for others, we will continue to have these problems,” he said. It was a disingenuous point, the minister pointing out that the ministry officials that drafted the fast-track scheme were doctors with training in administering such services.

But in Cyprus, the unions know best and have been running the country because there are very few ministers prepared to stand up to them like Pamboridis. “Is it for trade unions to tell us how to run the hospitals, or is Mr Koumas going to tell us if we are allowed to transfer a doctor from a countryside clinic to Nicosia,” asked the minister. The exact same question could be put to teaching unions, with regard to the running of schools, but Education Minister Costas Kadis is too timid to do so.

Pamboridis, to his credit, is the only minister publicly resisting and fighting union rule. If only a few of his colleagues would follow his example.

Apoel and Dortmund each bag a point in GSP thriller