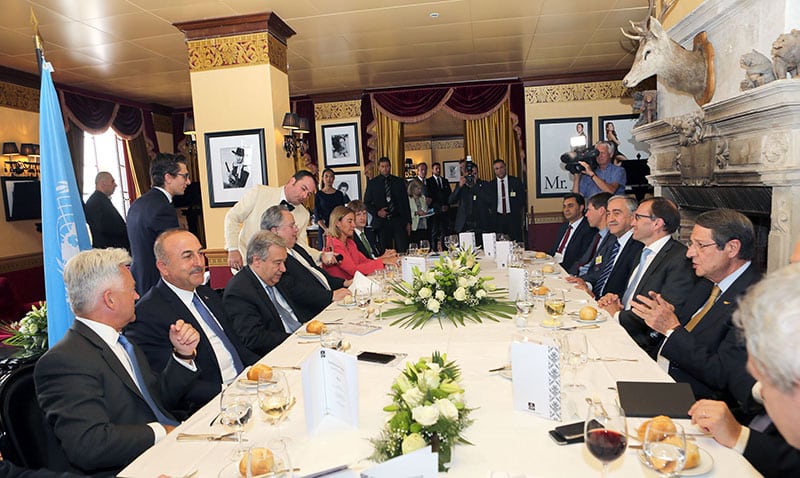 I GENUINELY respect the views of Alper Ali Riza, who regularly writes in the Sunday Mail. As he rightly points out in his article on October 15, the EU thinking on Cyprus, as exemplified in the 2004 Treaty and Protocol of Accession, was based on the idea that a comprehensive settlement of the Cyprus problem, entailing a federal arrangement, was going to occur soon after Cyprus’ entry into the European Union.

However, I hope that he would allow me to disagree with him on his assertion that the Greek Cypriot people have made it clear that they are unwilling to  share political power with their Turkish Cypriot compatriots, hence, they voted overwhelmingly against the Annan Plan.

In 2004, Greek Cypriots voted against the Annan Plan for a number of reasons explained in a past   article of mine. The most important of these reasons was the explicit statement made, at the time, by the then president Tassos Papadopoulos that a much better version of the Annan Plan would be forthcoming within a short period of time.

This assessment was endorsed by the then leader of Akel Demetris Christofias, with his celebrated   comment “we will cast a ‘no vote’ in order to ensure that the ‘yes vote’ is cemented”. Indeed, it was this man who was elected as president of the Republic in the elections which followed the rejection of the Annan Plan, thus giving him the opportunity to transform his undertaking of “cementing the yes vote” into reality.

Unfortunately, the economic crisis which Christofi as caused by his incompetence in managing the   affairs of Cyprus was not conducive to a settlement of the country’s political problems. Cypriots were forced to refocus their attention on the economic threats that were confronting them at the time. Ever since, no other opportunity has been given to Greek Cypriots to take a stand on this important political issue.

It follows that it is probably unfair to blame the people of Cyprus for the   regrettable failure of their leaders to reach a mutually acceptable solution in respect of the political problems confronting the island, ever since independence was granted to the colony by its then British masters.

It is true that the combination of President Nicos Anastasiades and Greek Foreign Minister Nicos  Kotzias did give the impression at Crans-Montana that they were seeking to undermine the prospects of reaching an agreement. This impression was given by their insistence on “zero guarantees, zero troops”.

I would admit that they made their point in a clumsy and incompetent manner because their stand was suggesting a level of unacceptable lack of flexibility on issues of secondary importance. For example, I see absolutely no problem in a contingent of Turkish soldiers serving in Cyprus, as part of a multinational force under an EU commander, who would be neither Greek nor Cypriot.

Their basic argument was that the failure of the Cypriots to reach a workable arrangement that would enable Turkish Cypriots to share political power, has been caused by the constant interference of the “mother countries” in the political affairs of Cyprus and by the efforts of these countries to dictate their own agendas on the Cypriots. Anastasiades’ assertion that this is the root of the problem certainly is a valid argument, which unquestionably deserves merit.

Let me hasten to clarify that I recognise the cultural affinity of Greek Cypriots to Greece and of Turkish Cypriots to Turkey. I consider it natural and desirable to maintain these cultural links, which form an integral part of the cultural identity of Cyprus. However, cultural affinity does not entail political union. One can cite many examples, within and outside Europe, which prove the validity of this point.

In contrast, I can easily set out a long list of examples of Greece and Turkey seeking to dominate the political scene in Cyprus and causing tension and conflict in the process of doing so. I would mention only one example on the “Greek side”, which was the military coup in 1974, but I am sure that the readers of this article can think of hundreds of examples of such behaviour on “both sides” of the fence.

On the basis of this logic, the principle advocated by Anastasiades of no political interference in Cyprus on the part of either Greece or Turkey and the elimination of the tools, such as the maintenance of troops, by means of which such interference may be exercised, was a valid argument, which should be taken seriously. I must admit that I have no explanation as to why Anastasiades chose to make this very valid point in such a clumsy way. It could be the result of political inexperience, it could be the result of frustration, or it could be the agony of the person who sees time for reaching his goal running out.