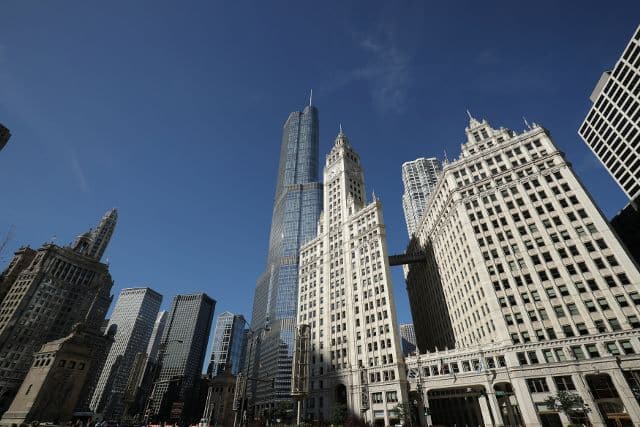 Chicago is one of the U.S. cities competing to house Amazon.com Inc's second headquarters "Amazon HQ2"

Amazon.com Inc is receiving offers of billions of dollars in tax breaks and other subsidies from cities and states across North America that are participating in a company contest to pick a location for its second headquarters.

Elected officials are eager for the $5 billion-plus investment by Amazon and up to 50,000 new jobs that will come with “HQ2.” For its second campus, Amazon wants a metropolitan area of more than a million people with good education, mass transit and likely lower costs than its home base in Seattle.

Amazon has said it will announce a decision next year.

“There is no better place to do business than Canada,” Prime Minister Justin Trudeau said in an Oct. 13 letter to Amazon’s Chief Executive Jeff Bezos, seen by Reuters.

New Jersey proposed $7 billion in potential credits against state and city taxes if Amazon locates in Newark and sticks to hiring commitments, according to a news release from the governor’s office earlier this week.

A report from the California governor’s office seen by Reuters said Amazon could claim some $300 million, and a bill in the state’s assembly introduced Thursday could offer Amazon $1 billion in tax breaks over the next decade.

And in a far different proposal, the mayor of the Atlanta suburb of Stonecrest, Jason Lary, said his city would use 345 acres of industrial land to create a new city called Amazon. Bezos would be its mayor for life, Lary said.

Amazon’s need to compete for tech talent with Silicon Valley companies such as Google likely places the HQ2 prize out of reach for some smaller cities.

Moody’s Analytics Inc has ranked Austin, the headquarters of Amazon’s subsidiary Whole Foods, as the favorite.

“The cities I talked (to) all know they are being taken and resent it,” said urban studies expert Richard Florida, a professor at the University of Toronto’s Martin Prosperity Institute. However, cities expect some indirect benefits from the contest, such as closer ties to state and regional officials, he said.

Since its beginnings as an online bookseller in 1994, Amazon has had a savvy approach to taxes, collecting no sales tax for many purchases until recent years, and now pitting governments against each other to win tax breaks.

In some cases, the contest has gotten heated.

New Hampshire warned Amazon not to choose nearby Boston, saying in a report posted online: “When you leave your tiny $4,000-a-month apartment only to sit in two hours of traffic trying to make your way to an overburdened airport, you’ll be wishing you were in New Hampshire.”

Milwaukee’s bid touted its proximity to Chicago, a nearby competitor, arguing that Amazon could tap that city’s workforce and amenities while avoiding its congestion and high costs of living.

“We consider Chicago one of our finest suburbs,” said Milwaukee Mayor Tom Barrett.

Many governments have declined to discuss the tax packages they are offering for fear of tipping off rivals.

The bid by Austin is confidential, a chamber of commerce official told Reuters. Missouri’s economic development department said the state had a non-disclosure agreement with Amazon.

St. Louis, Missouri received the most Twitter mentions related to HQ2 over the last two weeks – more than 1,300 – according to social media monitoring company Brandwatch. Boston and Chicago were next.

Other candidates have simply taken the opportunity to market themselves.

“Hey Amazon, we need to talk,” ran an ad for Little Rock, Arkansas in the Bezos-owned Washington Post on Thursday. “We’re happy knowing that many great companies find our natural good looks coupled with our brains for business irresistible.

“You’ll find what you’re looking for. But it’s just not us,” the ad read.

English game still in debt to once mighty Huddersfield