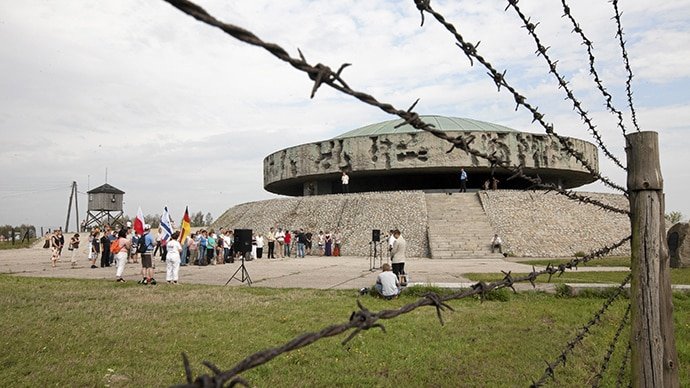 German public prosecutors have charged a 96-year-old former guard at a Nazi death camp with having been an accessory to murder, as Germany races against time to bring elderly suspects from the Hitler era to trial before they die.

The then 22-year-old man, whom the Frankfurt prosecutor’s office did not identify in its statement, is accused of having guarded prisoners at the death camp in Lublin-Majdanek who were slated to be killed in 1943 and 1944.

“According to the evidence available, the accused knew about the cruelty of the organised mass killings, just like all other members of the SS at the camp,” it said in a statement.

“He also knew that these people, facing their fate innocently and defencelessly, were killed for inhuman reasons based on race,” it added.

Tens of thousands of Jews and other victims were killed at the Majdanek camp near Lublin, in modern-day Poland.

The suspect played a role in the ‘Erntefest’ (Harvest Festival) executions on Nov 3, 1943, in which at least 17,000 deported Jewish prisoners were shot dead after having dug their own graves, the prosecutor’s statement said.

“By being part of a chain of guards and a tower guard, he made a contribution to (the Erntefest) and knowingly and willingly supported the malicious and cruel acts.”

The prosecutor’s charges are based on an investigation by the Central Office for the Investigation of Nazi Crimes and on historical documents found as part of the investigation.

Germany has faced criticism for not prosecuting those who were small cogs in the Nazi machine and did not actively take part in the killing of six million Jews during the Holocaust.

That criticism has abated following many recent trials and convictions, including the 2011 conviction of Sobibor extermination camp guard John Demjanjuk, which gave prosecutors new legal means to investigate suspects under accessory-to- murder charges.

Former Auschwitz guard Reinhold Hanning and Oskar Groening, known as the “bookkeeper of Auschwitz”, have also been convicted of complicity in mass murder in recent years.

But cases against a former radio operator and a former paramedic at the Auschwitz death camp were dropped as the elderly defendants were found to be unfit to stand trial.