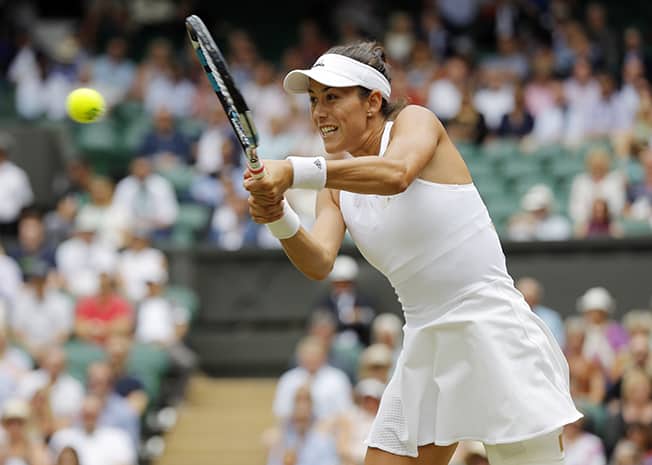 All eight women competing at the WTA Finals will go into the tournament believing they have a genuine chance of finishing the season on a high note when round-robin play starts on Sunday without a clear favourite for the title.

Three women in the field have topped the world rankings this season, incumbent Simona Halep and her predecessors Garbine Muguruza and Karolina Pliskova, but none of them have been able to kick on and cement their place as the tour’s dominant player.

All three are also the only survivors from last year’s tournament, where they failed to make it out of the group stage, and will at least be hoping to advance to the semi-finals to improve on their underwhelming displays of 12 months ago.

Spain’s Muguruza is arguably the most talented all-round player of the octet in Singapore but bouts of inconsistency and a high-risk strategy have often been her downfall in big matches as well as a tendency to get over-emotional.

A tearful exit at the French Open in June was followed up by a brilliant fortnight at Wimbledon, where the 24-year-old stormed through the field to claim her second grand slam title with a brutal dismantling of Venus Williams in the final.

Both Halep and Pliskova have been consistent rather than spectacular throughout the campaign and the Romanian has the ingenuity to make up for her lack of power, while the Czech can call on her big serve to put any opponent under pressure.

Veteran Venus will fly the flag for the Williams family in the absence of new mother Serena, who plans to return from her maternity leave in early 2018, and the American will be a clear crowd favourite in her first finals appearance since 2009.

The 37-year-old has enjoyed a brilliant season in the twilight of her career, losing the Australian Open final to pregnant sister Serena in January, before falling to Muguruza after navigating a tough path to the Wimbledon title match.

Venus is also the only former WTA Finals winner playing in Singapore but she will need to come through five tough matches against top-eight opponents in a week if she is to add to her 2008 success with what would be a first title of the season.

The only other grand slam champion present is 20-year-old Latvian Jelena Ostapenko, who stunned the tennis world to claim the first title of her career when she rallied past Halep to claim the French Open in three sets.

Her youthful exuberance and aggressive game helped her bag a second title in Seoul, making her one of the dark horses in Singapore, along with in-form Frenchwoman Caroline Garcia, the last to book her Finals berth with back-to-back titles in China.

Elina Svitolina won five tour title this season to qualify for the first time, although the Ukrainian struggled to replicate her top form at the grand slams, while Denmark’s Caroline Wozniacki is making her fifth WTA Finals appearance.

Wozniacki suffered a frustrating campaign despite being ultra-consistent, the Dane losing six finals in a row in 2017 before finally tasting victory with the defence of her Pan Pacific Open title in Tokyo late last month.