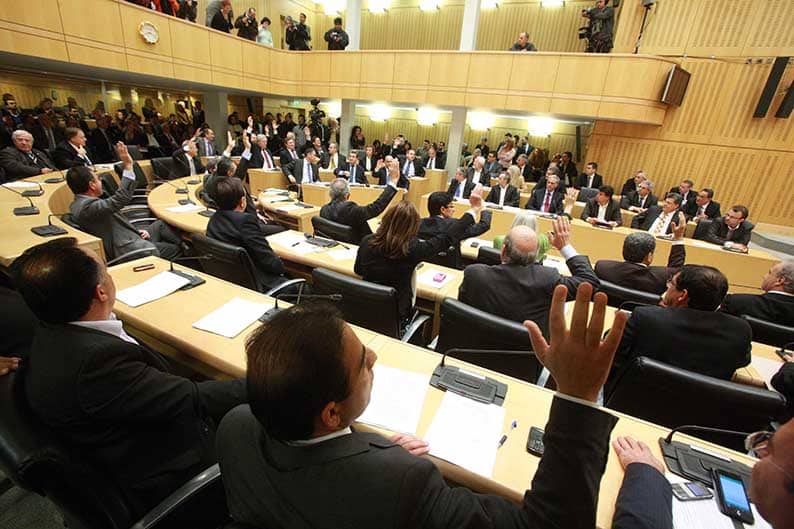 DEBATE among the parties over the 2013 haircut on deposits flared up again this week after the publication of a book, A Diary of the Euro Crisis: Lessons for Bank Recovery and Resolution, by the governor of the central bank at the time, Panicos Demetriades.

This debate undoubtedly is causing great confusion because each party, guided by the desire for electoral gains and countless other passions, is distorting the facts. This is why – not being a party man – I would like to explain the following: first, why we were led to the haircut; second, why the haircut was a dire necessity and third, why the way the haircut was implemented was the least painful for the Cyprus economy.

The two systemic banks, Laiki and Bank of Cyprus, were in trouble before March 2013. The main reason for this was both banks criminally purchasing Greek government bonds, at a time when respected economic analysts were warning there would be a write down of Greek sovereign debt. The thirst for huge bonuses pushed bankers to take this risk, which in the end cost €4.5 billion. But if there had been no haircut of Greece’s sovereign debt, the bankers would have collected tens of millions of euros in bonuses because they bought the Greek bonds at prices which were much lower than their face value.

The bankers sacrificed the Cyprus economy at the altar of personal gain and this constitutes an economic crime. As I have written in previous articles, never before in world economic history have so few caused so much harm to so many.

It did not take long for the black clouds to appear on Cyprus’ economic horizon. In March 2012, the Moody’s ratings agency, and in June of the same year, Fitch ratings agency downgraded the rating of the Cyprus economy. The Cyprus government was forced to apply to the European Support Mechanism, and the Troika of international lenders arrived on the island in June of that year.

Unfortunately, the then president, Demetris Christofias did not agree on an immediate assistance programme with the Troika to save the banking system. Either he did not comprehend the gravity of the situation, or – the more likely – he calculatingly delayed so as to burden the new president who would be elected in 2013 with the problem.

Whichever the case, the slippery slide continued. For example, the drawing of huge funds by Laiki Bank from the European Central Bank’s (ECB) emergency liquidity assistance followed an insane course after June, reaching almost €10 billion by the start of 2013. In the end, an agreement was reached on March 16, 2013, between the Troika and the new Cyprus government for a loan of €10 billion combined with the securing of €5.8 billion through a one-off levy (haircut) of all deposits in Cyprus banks. The levy would have been across the board – 6.7 per cent on deposits up to €100,000 and 9.9 per cent on deposits above this amount – but the proposal was rejected by the House of Representatives.

No deputy, though, has ever explained to us the thinking behind this ‘heroic no’, which makes you suspect that our deputies had not understood the gravity of the situation. The claim that the levy would have been unlawful was ludicrous because it would have been a decision of the House plenum. Nor does the argument that the banks could have been saved by the bankrupt state stand up to rational scrutiny.

In short, it was obvious there was no way the haircut could have been avoided if the banking system was to be saved. This brings us to the enigmatic behaviour of President Anastasiades. Why had he pledged there would be no haircut of deposits, shattering his trustworthiness, when he was fully aware of the desperate situation of the systemic banks? This is the big question.

The day after the House rejected the across-the-board haircut, there was a tele-conference of the Eurogroup finance ministers and ECB president, Mario Draghi, where they agreed that the levy on all deposits was not a wise decision.

After countless meetings, on March 25, the Eurogroup finance ministers and the IMF came up with a new plan. Laiki, which was placed under the resolution authority, absorbed all uninsured deposits and its assets (including non-performing loans) were transferred to the Bank of Cyprus. The latter was then forced to bail in its shareholders and had to implement a haircut of uninsured deposits (it amounted to just under 50 per cent) for its recapitalisation needs.

There is the mistaken, widely held view that the first haircut proposal would have been milder. Eurogroup finance ministers, however, stressed it was extremely important for the haircut of deposits not to greatly affect consumption as this would have a big impact on national income. Consumption is not affected so much by bailing in the deposits of the rich. The first proposal that was rejected by the House would have had far more adverse effects on consumption, national income and employment, thus further delaying development and recovery. From this angle, the haircut eventually implemented was preferable.

There is of course also the issue of the more equitable distribution of burdens. The across-the-board haircut does not discriminate between rich and poor depositors, in contrast to the haircut that took place. This is why the demonisation of the haircut, especially by Akel, vis-à-vis the rejected haircut, raises many questions.

Admittedly, when our deputies rejected the first haircut plan they did not take into account social justice. Unintentionally, though, they contributed to the submission of an improved haircut plan.

No to partition and no to enosis