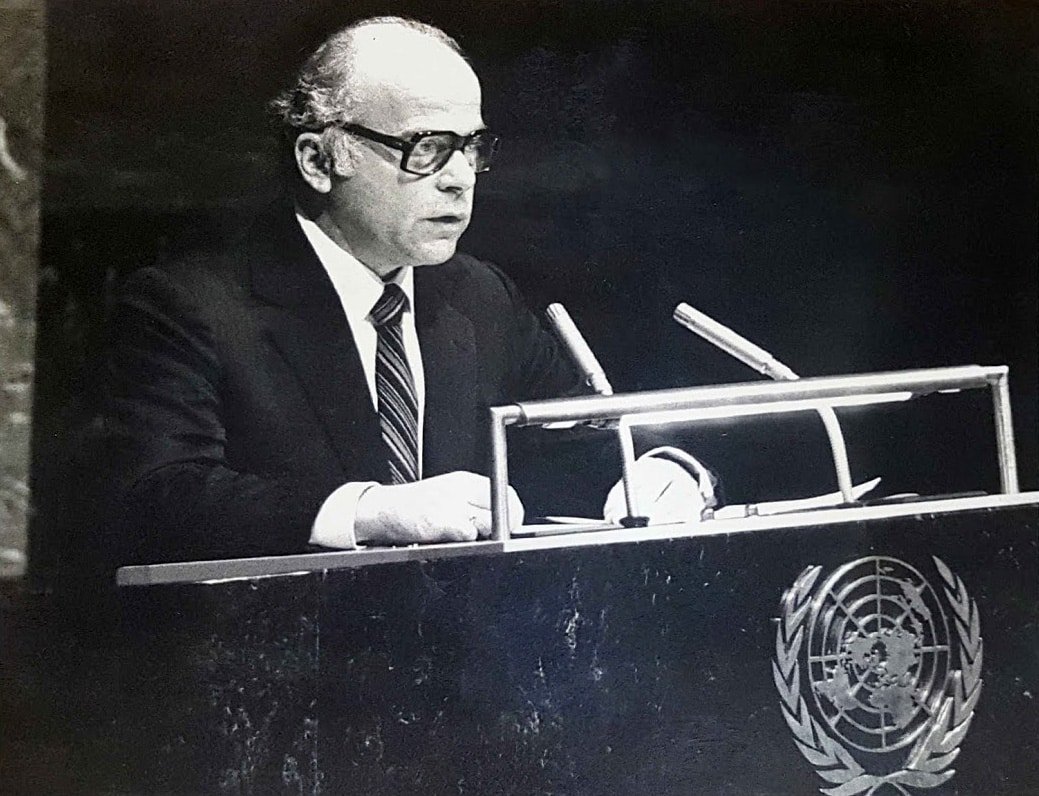 The treaties of guarantee and alliance were signed on August 16, 1960, together with the treaty of establishment of the Republic of Cyprus. In accordance with Article 181 of the constitution the two treaties “shall have constitutional force”, whilst Article 182 provides that they are basic articles of the constitution and “cannot in any way be amended whether by way of variation addition or repeal”.  The said treaties were signed by the Republic of Cyprus, Greece and Turkey. The United Kingdom signed only the treaty of guarantee.

Article IV of the treaty of guarantee provides that if the provisions of the treaty are breached and “if common or concerted action may not prove possible, each of the Guaranteeing Powers reserves the right to take action with the sole aim of re-establishing the state of affairs created by the present Treaty”. Article IV of the treaty of alliance creates Eldyk (Greek force) and Turdyk (Turkish force), which “undertake to resist any attack or aggression, direct or indirect, directed against the independence or the territorial integrity of the Republic of Cyprus”.

In brief, in 1959 the glorious but poorly programmed 1955-59 struggle of Cyprus ended. The youth of Cyprus fought and sacrificed themselves, with unparalleled courage, for union with Greece and liberty. Things however turned sour. It became clear that we were heading for partition or complete catastrophe. So we accepted, with our own signature, the “crippled” independence of 1960, which had two serious drawbacks:

So, we created a “shadow of death” hanging, like a sword of Damocles, over our heads, in order to avoid actual death.

From 1960 to 1974 neither the Greek nor the Turkish Cypriots ran their affairs in a correct and wise manner. Gradually we all demolished the Republic, up until the coup d’ etat of 1974, when the Greeks dealt the final coup de grace. So, the ground was paved for the 1960 treaties and the Turkish invasion.

In March 1978 I was appointed foreign minister. In those years we had a number of recourses to the UN General Assembly to condemn the Turkish invasion and occupation. I headed the Cyprus delegation and I also had with me Glafcos Clerides (Disy), Ezekias Papaioannou (Akel), Alecos Michaelides or Alexis Galanos (Diko) and Vasos Lyssarides (Edek). Things were not easy at all.

Our strong position was that the invasion breached Article 2 (4) of the UN charter; that the phrase “will take action” in the treaty of guarantee meant political, not military action; that the guarantor powers, if they had any rights (which we denied), were to restore constitutional order and not to occupy Cyprus.

The Turks retorted that once the United Nations had admitted Cyprus as a member they automatically accepted the 1960 treaties, which are part of the Cyprus constitution; that the “action” could only mean military action, hence the creation of Eldyk and Turdyk; and if the objective was only the restoration of constitutional order, then they should occupy the whole of Cyprus which would enable them to place the coup d’ etat under control and restore constitutional order. The Turks also referred repeatedly to Makarios’ speech to the Security Council on July 19, 1974, in which he had described, in many parts of the text, the coup d’ etat as “a Greek invasion against Cyprus, the consequences of which affect the whole population, Greeks and Turks”.

“So, if Greece invaded Cyprus and the Turks of Cyprus were in danger, according to Makarios, what should we do?”  the Turks argued.

The arguments and the counter-arguments were endless. The bottom line was that the international community, after considering our problem in depth, never accepted entirely our positions. This is reflected in the tepid resolutions secured by us over the past 43 years.

Nicos Anastasiades took over the presidency at a very difficult moment. He took over a scorched earth economy and managed to revivify it. In regard to the Cyprus problem – 40 years after 1974 – the “solution-train” had already left the station.  He had to start running after it.

The president, in co-operation with the Greek government, tried to erase the “Shadow of Death” 1960 treaties. Unfortunately, however, the treaties are very deep-rooted and constitute basic articles of the Cyprus constitution. Unilaterally labelling the treaties anachronistic does not lead anywhere. Furthermore, such a stand might be exploited by Turkey which, on the basis of this rationale, might write off unilaterally the Lausanne Treaty of 1923 as anachronistic and invade the Aegean islands.

All the UN secretaries-general have been very cautious on the issue of the army and the guarantees. None of them ever suggested instant abolition. The same stand was taken by the Cyprus governments over the years.

Antonio Guterres took up this matter in a serious manner. In his plan of July 4 he proposed “the end of unilateral right of intervention and the end of the Treaty of Guarantee”. On the other hand, he did not propose an end to the treaty of alliance, on the basis of which Eldyk and Turdyk may take military action. So, some uncertainty is created. He suggested a “rapid reduction of the troops to low level and then to the 1960 level” (950 and 650 soldiers respectively) and a discussion at the highest level of the question of whether and when they will depart.

On December 18, 2015, I was invited with my wife Lelia and two friends for dinner by my old friend Mustafa Akinci. On that occasion I had a private, unofficial talk of 10-15 minutes with him.

On the question of the guarantees and the army he told me in a very clear language that an instant and absolute abolition was ruled out both by Ankara and himself. After discussions, I concluded that Mustafa might possibly be prepared to discuss the matter along the following lines:

I do not know whether Mustafa is still prepared to discuss the above. I do not know Nicos’ position either. What I do know is that if there is no solution, both the treaties and the “shadow of death” will be a permanent menace hanging over our heads.

And a final point: our security and our future does not depend solely on treaties but on our wisdom as well. We are small and weak. Turkey is a mighty, unpredictable and dangerous country. Treaties or not, Turkey may invade again if the events of 1974 (coup d’ etat) or something similar reoccur. It is what other mighty countries have done in the past and still continue to do.

Nicos Rolandis is a former foreign minister, commerce minister, MP and head of the Liberal party

The sudden fall of Kirkuk

No to partition and no to enosis