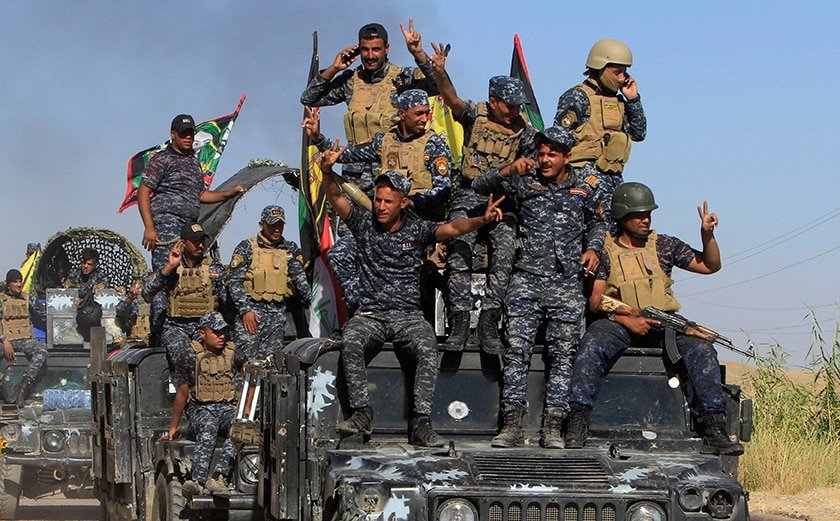 Two big cities fell within 24 hours of each other this week. The fall of Raqqa in Syria, once the capital of all the territory ruled by Isis, came after a five-month siege and was no surprise at all. The fall of the Kurdish-held city of Kirkuk in Iraq took less than a day and came as a complete surprise.

Possession of Kirkuk was critical for the project of Kurdish independence, because it was the source of most of the oil that would have made an independent Kurdish state in northern Iraq economically viable.

The Kurds of Iraq came tantalisingly close to realising their dream of independence. Since the first Gulf War of 1990, five Kurdish-majority provinces in northern Iraq have been ruled by the Kurdish Regional Government (KRG), which had American support because it opposed Saddam Hussein’s tyrannical regime. That American support continued even after the US invasion that finally overthrew Saddam in 2003.

The new government the US created in Baghdad had no control over the KRG, and the would-be Kurdish state almost doubled its territory by taking over the other provinces with Kurdish majorities, including oil-rich Kirkuk, after the Iraqi army fled in panic before a surprise Isis offensive in 2014. Three weeks ago, the Kurdish government even held a referendum on independence in both its old and its new territories.

It has been clear for some time that the KRG’s Peshmerga fighters would be no match for a rebuilt and combat-tested Iraqi army, which had already recovered all the other territory it lost to Isis three years ago. Yet the KRG’s president, Masoud Barzani, still went ahead with his referendum on September 25, and 93 per cent of the voters said yes to independence.

But then Iran, which is worried about the loyalty of its own large Kurdish minority just across the border from Iraqi Kurdistan, decided it was time to take the Kurds down a peg or three. As the greatest Shia power, Iran effectively controls a lot of the sectarian militias that make up the new Iraqi army, and the Baghdad government was happy to act as its proxy.

Barzani, probably assumed that American support would shield him from Iraqi retaliation when he called the referendum, but it didn’t. When Baghdad sent its troops in on Sunday, the Trump administration merely muttered some weasel words about not liking to see friends fight, and by Wednesday morning the area controlled by the KRG had shrunk by almost half.

Only months ago the Iraqi Kurds were fighting alongside the Iraqi army in the struggle to free Mosul from Isis control, and the Syrian Kurds have been the main American ally in the fight to destroy Isis in Syria. But once Isisi was defeated those alliances were bound to end: betraying the Kurds is an old Middle Eastern tradition. The only surprise is how fast it has happened, and how comprehensively the Kurds have lost.

There are about 30 million Kurds, but they live on territory that belongs to four of the most powerful states in the Middle East: Turkey, Iran, Iraq and Syria. They have been seeking an independent Kurdish state for a century now, but all the countries that stand to lose large amounts of territory if it ever actually happened are profoundly opposed to that outcome.

Moreover, the Kurds themselves have never really been united, even within the borders of the KRG. In practice, control of the territory has always been split between factions centred on the Barzani or the Talabani clans. Each faction has its own militia, and they even fought a civil war that killed thousands in the mid 1990s.

People talk about the peshmerga as if it were a Kurdish national army, but it is actually a loose association of separate militias that answer to different commanders. In the past three years they cooperated in the war against Isis, but they split over the question of Barzani’s referendum, which the Talabani faction thought was too dangerous. That turned out to be right.

There was no joint defence of Kirkuk when the Iraqi army finally moved. Indeed, there was hardly any defence at all: first the Talabani forced pulled out, and then Barzani’s troops had no option but to follow. The Kurdish dream of independence is at an end, and the Kurds will be lucky if they manage to keep even the autonomy they have enjoyed in Iraq since 1991.

Indeed, they will be lucky if can avoid another civil war over who is to blame for the catastrophe (from the Kurdish point of view) of the past few days.

On Wednesday, President Barzani gave a speech that said, presumably about the Talabani faction: “They want to drag us into a civil war, but we will in no way be doing this.”

But a lot of Kurds blame him and his referendum for provoking the disaster, and they will be looking for somebody to punish.

Worried over safety of airspace over Cyprus

A shadow of death has always hung over us