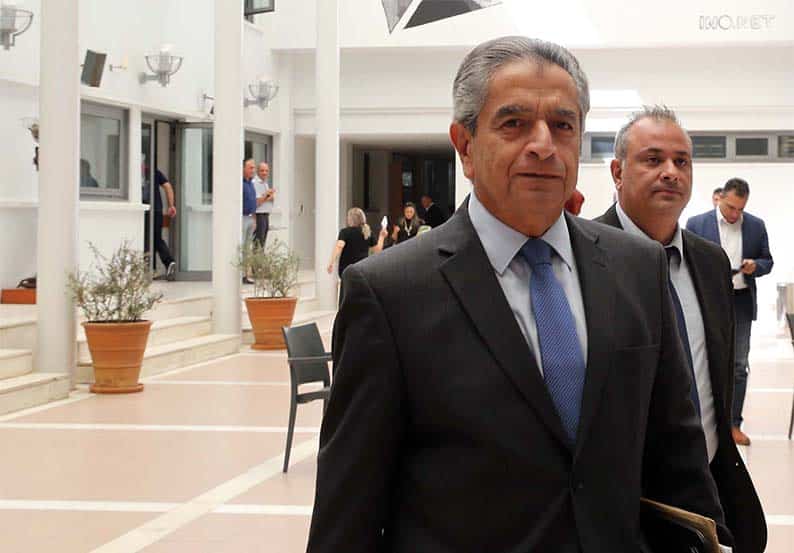 EVERY once in a while politicians and newspapers bring up the criminal investigation into the collapse of the economy and vociferously complain that it is taking far too long and accusing the attorney-general’s office of being ineffective.

The president has also complained in the past about the slowness of proceedings, pointing out that the state had provided all the resources required by investigators, but after last week’s criticism, the government urged the parties to be patient and allow investigators to do their work.

The publication of the book about the crisis by the former governor of the Central Bank, Panicos Demetriades, reignited criticism of the investigation, which has now lasted four years, forcing attorney-general Costas Clerides to intervene.

“Considerable time will still be needed to complete the work of the investigators,” he said on Tuesday. A day later, he appeared before the House institutions committee to tell deputies how the investigation was proceeding.

At present there are five cases in court with 31 defendants. He told deputies there were three categories of investigation: those at the final stage, those at an advanced stage and those still at an early stage. At the final state, according to press reports, were two cases relating to loans given by the co-op banks. Clerides refused to give a timeframe, causing deputies to complain after the meeting about the delay in dispensing justice.

While concerns about the delays are perfectly justified, the bigger problem is that politicians and media have cultivated unrealistic expectations about the investigations, creating the misleading impression that all the culprits will be brought to justice.

This is very simplistic view. It was not just the banking sector that collapsed, but the economy and bad political decisions played a big part. Can politicians face criminal charges for poor judgement, populism or incompetence? If this were possible nine out of 10 politicians would be in prison.

Clerides made this point very clearly after the House committee meeting. “The responsibilities for the collapse of a country’s financial system and the economy as a whole are, par excellence, political and administrative in nature,” he said.

The work of the investigators was restricted, “in the sense that they have no responsibility to investigate comprehensively and find the instigators, the causes of the collapse and who the guilty parties were,” explaining that this had already been done by the Pikis investigating committee.

Instead, investigators are looking for criminal responsibilities in the banking sector, which had to be documented before charges can be brought. For example, it has been proved beyond reasonable doubt that the purchase of the Russian bank Uniastrum by the Bank of Cyprus was catastrophic, costing a few hundred million euros, but it was not a criminal act.

It was a disastrous decision by the CEO, who ignored the big risks involved, but risk-taking is not a criminal offence. The governor of the Central Bank, who allowed the transaction, was more culpable than the bank’s CEO, because as head of the supervising authority he was responsible for ensuring the stability of the banking sector. The same applies to the governor’s failure to do anything about the billions recklessly invested by the two main banks in Greek government bonds.

As the AG said, there were political and administrative responsibilities for the collapse, which our wise politicians, quite conveniently ignore. The majority of the political parties voted through the reckless spending of the Christofias government, which increased welfare spending by a billion euros.

The parties also voted for the €1.8 billion the taxpayer sunk into Laiki Bank in 2012 in order to save it from bankruptcy, knowing it was beyond saving.

Nor did we hear any of these politicians or newspapers protesting when the late Andreas Vgenopoulos was plundering Laiki Bank in order to prop up his failing banks in Greece. On the contrary, he was treated like a public benefactor, but it is not a criminal offence to support a corrupt banker.

Should we also mention the lawyers and accountants who kept bringing new customers to the banks which had to lend the huge amounts of money they had in deposit accounts, thus irresponsibly expanding credit and creating the property bubble?

The reality is that far too many people contributed to the collapse of the economy, making it practically impossible to bring them all before justice. As Clerides quite correctly pointed out, the responsibilities for the collapse were political in nature. But as politicians know only too well, populist policies and gross incompetence are not criminal offences.

Tales from the Coffeeshop: As honest as the day is long