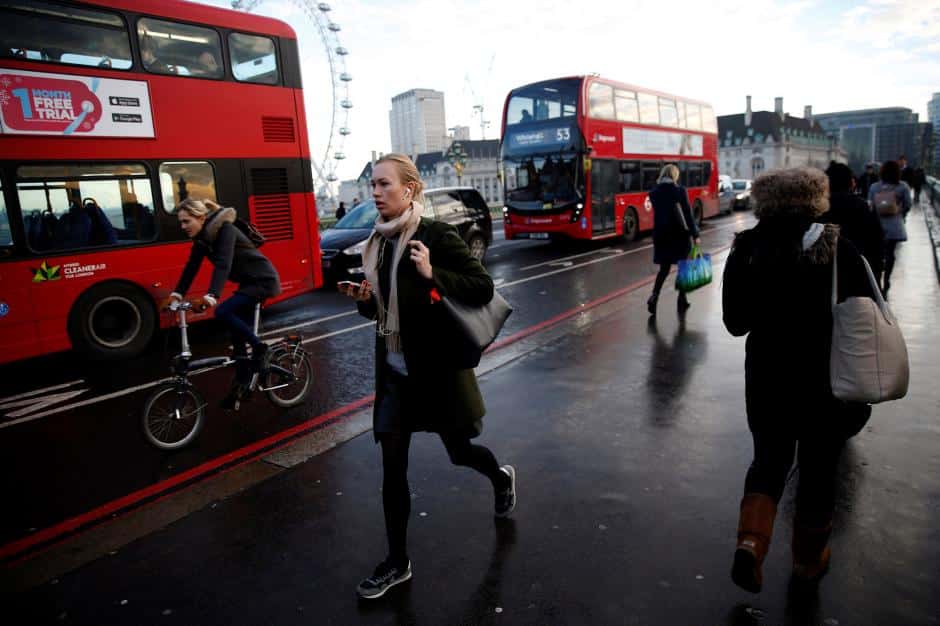 Twelve major cities including London, Paris, Los Angeles and Cape Town promised on Monday to buy only zero-emissions buses from 2025 and to make major areas free of fossil fuel emissions by 2030 to protect the environment.

The 12, with a combined population of almost 80 million, said they would promote walking, cycling and the use of public transport under a joint “fossil-fuel-free streets declaration”.

Many cities are setting tougher environmental goals than governments to limit air pollution and to achieve the goals of the 2015 Paris climate agreement to curb greenhouse gas emissions.

“Air pollution caused by petrol and diesel vehicles is killing millions of people in cities around the world,” Paris Mayor Anne Hidalgo said in a statement. “The same emissions are also causing climate change.”

The mayors, part of the C40 group of cities which is seeking to slow global warming, said they would “procure only zero-emissions buses from 2025 and ensure that major areas of their city are zero emissions by 2030.”

Zero emissions areas could mean more parks, pedestrian areas or roads where only electric or hydrogen-powered vehicles could enter to make cities more attractive places to live. They did not define how big “major areas” would be.

Barcelona Mayor Ada Colau, for instance, said the city was aiming to add 165 hectares (408 acres) of green space in coming years, extend bike lanes and cut the number of trips by private vehicles by a fifth.

Seattle Mayor Tim Burgess said the plan demonstrated “the power of cities to lead on climate.”

C40 estimated that there were 59,000 buses of all types operating on the streets of the 12 cities.

Among them, London says it has the largest electric bus fleet in Europe, with more than 2,500 hybrid electric buses made by China’s BYD and Britain’s Alexander Dennis.

In an expanding market, other makers include Volvo , Mercedes-Benz Daimler and Proterra Inc.

Caroline Watson, an expert in low-emission vehicles at C40, told Reuters the declaration was meant as “a clear commitment in writing to raise the bar and give a signal to the private sector” to encourage greener investments in cities.