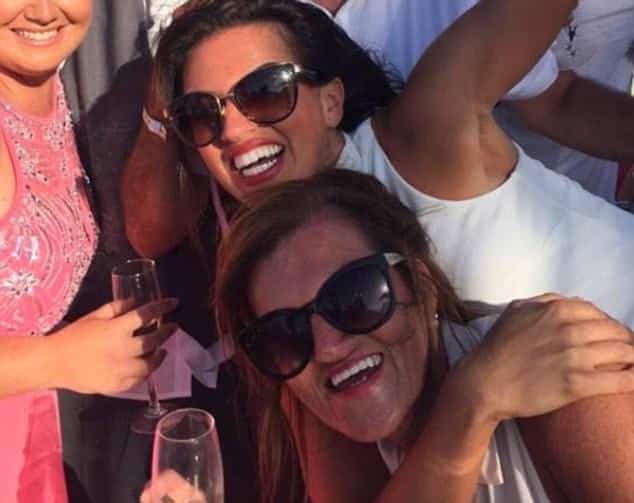 Former Miss UK Rachelle Noon has been fined by a British court for trying to cheat an insurance company by faking an illness on holiday in Cyprus it was reported on Monday.

According to the Daily Mail, the 28-year-old model was ordered to pay thousands of pounds to tour operator Thomas Cook after a judge ruled her ‘dishonest’.

The paper said that Noon who was crowned Miss United Kingdom Supranational in 2011, and her partner Karl, 31, claimed food at their hotel in Protaras made them so ill they were unable to leave their room.

However, photographs uploaded to the web showed the pair laughing and smiling on a party bus on their way to a wedding.

The judge in the case, which was heard in Liverpool, said Noon “had been acting like a party animal, despite her claims of suffering debilitating illness”, the paper said.

The model had claimed that the food at the hotel “gave her stomach cramps, nausea, diarrhoea and vomiting lasting three days”. It was Thomas Cook that found the party photos on social media. They had been uploaded by her mother.

The newspaper said that in one image, Noon, who was pregnant at the time, was wearing a tight white outfit exposing her midriff and hanging out of the open-top bus with two thumbs in the air.

The court dismissed the £4,000 claim and ruled they had been guilty of ‘fundamental dishonesty’. He also ordered them to pay Thomas Cook’s £2,278 legal fees.

The judge also questioned why the couple would board a bus without toilet facilities while suffering diarrhoea, it added.

Noon told the court she was “putting on a brave face”. She also denied she drank alcohol at the wedding and was “only holding the glass to be polite”. Noon had also not sought medical treatment at the time and only asked for compensation months later back in the UK after seeing an ad “for no-win, no-fee lawyers”, the court heard.

British tourists making false claims of food poisoning in an attempt to get “easy money” have cost the Cypriot hotel industry over €5 million in the past two years, the Cyprus Hotels Association (Pasyxe) said earlier this year.

This followed a campaign by the Association of British Travel Agents (Abta) called “Stop Sickness Scams” outlining that since 2013 “there had been more than a 500 per cent increase in the number of compensation claims for holiday sickness.”

According to Abta’s campaign, the spike in travel sickness claims is a result of British legislation clamping down on whiplash claims, which were costing the UK government around £1 billion (€1.1 bn) a year, by capping legal fees law firms on personal injury cases would charge.

The Daily Mail said that until recently Thomas Cook had just paid out on compensation claims as it was cheaper than going to court “but the volume of claims has prompted it to strike back”.

A spokesman for the operator told the paper: ‘It’s clear that the courts are now well aware of the level of dishonesty there is in the holiday illness claims. We will defend ourselves, in court if necessary, from holidaymakers who try to cheat the system.”