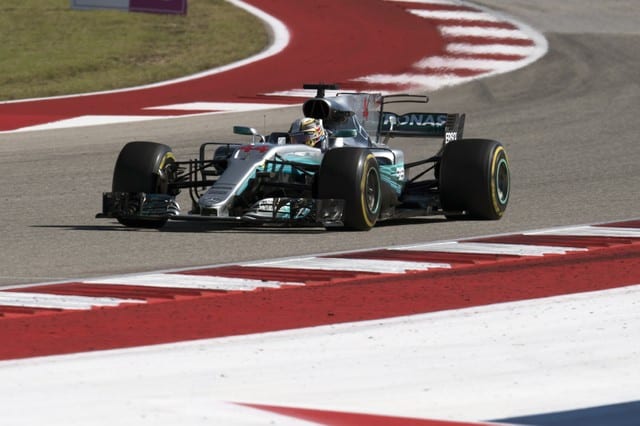 Mercedes joined a select group of teams to have won the Formula One constructors’ championship for four years in a row on Sunday and recognised it as their toughest title yet.

With an unassailable lead of 147 points with 129 remaining from the final three races, Mercedes joined Ferrari, McLaren and Red Bull who racked up similar streaks during their years of dominance.

Unlike their rivals, Mercedes have managed to stay on top despite major rule changes at the end of last year that introduced wider tyres and revised aerodynamics to make the cars faster and harder to handle.

And this season they have been fighting a resurgent and determined Ferrari rather than just waging an internal battle between team mates.

“This for us was the most difficult one because Ferrari was competitive and we still made it,” the team’s non-executive chairman Niki Lauda, himself a triple world champion, told reporters at the US Grand Prix.

Mercedes have dominated since the start of the 1.6 litre V6 turbo hybrid era in 2014, and are set to win both titles again this year.

Britain’s Lewis Hamilton, who won at the Circuit of the Americas on Sunday for the fifth time in six years, has won nine times this year and is a fingertip away from his own fourth championship.

His title looks sure to come in Mexico next weekend, barring misfortune.

It would have been five had now-retired team mate Nico Rosberg not beaten him last year in a season where car reliability played a major part in the eventual outcome.

Mercedes have also qualified on pole position for 69 of the last 76 races and Hamilton, who holds the sport’s all-time career record of 72, has taken 11 of them this season alone.

“When we set our objectives at the beginning of the year it was to win both championships and be the first team to do that through a regulation change like this,” said team boss Toto Wolff.

“Having achieved that here in Austin with three races to go, it feels really unbelievable. It’s just the reward for so many people that have been hard working,” added the Austrian, his briefing interrupted by Ferrari boss Maurizio Arrivabene entering to congratulate him with a hug.

“You always try to identify silver bullets that make the difference but the fact is that we have a really great dynamic within the team and we enjoy doing what we do, pulling it all together. Bringing it home feels just super.”

Never too old to get up and go

Solskjaer admits Rashford could miss rest of the season