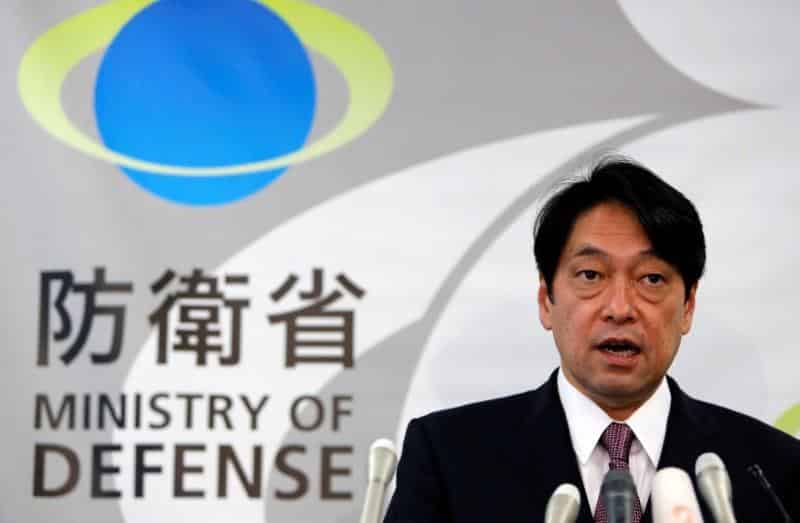 The threat from North Korea has grown to a “critical and imminent level” and the United States, Japan and South Korea must address the matter, Japanese Defence Minister Itsunori Onodera told his US and South Korean counterparts in talks on Monday.

Onodera’s remarks underscored the deep concern in Tokyo after North Korean weapons tests, including test firing missiles over Japan, as Pyongyang seeks to develop a nuclear-tipped missile capable of reaching the United States.

His comments broke from more measured language on Monday by US Defence Secretary Jim Mattis and South Korean Defence Minister Song Young-Moo, as the three men met on the sidelines of a gathering of Asian defense chiefs in the Philippines.

“(The) threat posed by North Korea has grown to the unprecedented, critical and imminent level. Therefore, we have to take calibrated and different responses to meet with that level of threat,” he said, speaking through a translator, at the start of talks in the Philippines.

South Korea‘s Song also acknowledged that “North Korea’s provocative behavior is becoming worse and worse,” in public remarks before reporters were escorted out of the meeting room.

Mattis, who kicked off a week-long trip to the region on Monday, has been eager to emphasize diplomatic efforts to resolve the crisis peacefully as escalating tension between Washington and Pyongyang stoked fears of ‘armed confrontation.’

Asked about his conversation with Onodera after the two met earlier in the day, before joining South Korea‘s Song, Mattis said they discussed “maintaining stability and peace in support of the diplomats.”

Meanwhile, former US President Jimmy Carter said he is willing to travel to North Korea on behalf of the Trump administration to help diffuse the situation, the New York Times reported.

Mattis has been more cautious in his public remarks than US President Donald Trump, who has been locked in a war of words with North Korean leader Kim Jong Un, threatening to destroy North Korea if necessary to defend the United States and its allies.

Mattis is at the start of a week-long trip to Asia and will attend meetings hosted by defense ministers from the Association of Southeast Asian Nations (ASEAN) in the Philippines.

ASEAN defence ministers, in a joint statement, expressed “grave concern” over North Korea‘s nuclear and missile programmes and urged the reclusive country to meet its international obligations and resume communications.

They underscored the “need to maintain peace and stability in the region” and called “for the exercise of self-restraint and the resumption of dialogue to de-escalate tensions in the Korean peninsula.”

Mattis’ trip, which will include a stop in Thailand, comes before Trump’s first visit to Asia next month, including a stop in China.

Trump has been pressuring China to do more to rein in North Korea‘s missile and nuclear programmes. China is North Korea‘s neighbor and biggest trading partner.

Mattis, while in the Philippines, said he will commend the military for defeating insurgents in Marawi City on the island of Mindanao.

The Philippines said on Monday it has ended five months of military operations in Marawi after a fierce and unfamiliar urban war that marked the country’s biggest security crisis in years.

Some experts see the Marawi insurgency as a prelude to a more ambitious bid by Islamic State loyalists to exploit Mindanao’s poverty and use its jungles and mountains as a base to train, recruit and launch attacks in the region.

“It was a tough fight,” Mattis told reporters on his flight to the Philippines, adding he thought the Philippines’ military had sent “a very necessary message to the terrorists.”

On Thursday, Mattis will lead the US delegation in Thailand for the cremation rites for the late King Bhumibol Adulyadej.

Avian flu outbreak wipes out 50.54 million US birds, a record