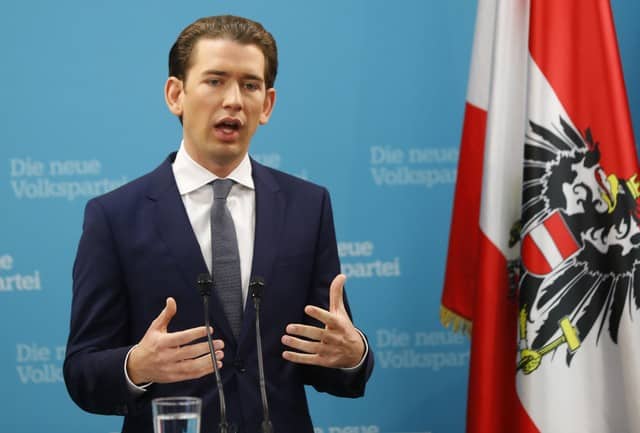 Austrian conservative leader Sebastian Kurz plans to hold coalition talks with the far-right Freedom Party (FPO), he said on Tuesday, a step towards bringing the anti-immigration party back into government after more than a decade in opposition.

Having won last week’s parliamentary election with 31.5 per cent of the vote, Kurz’s party is far short of a majority, needing a partner to gain control of parliament and form a stable government. Only two parties have enough seats to do that with – the Social Democrats (SPO) and the FPO.

Kurz took a hard line on immigration during the campaign that left little space between him and the FPO, and both parties capitalised on a widespread feeling that the country had been overrun during Europe’s migration crisis in 2015 and 2016.

He called for an end to the current coalition with the SPO when he took over as leader of the People’s Party (OVP) in May, arguing in favour of a break with Austria‘s tradition of often deadlocked centrist coalitions. That left the FPO, a party founded by former Nazis in the 1950s, a more willing partner.

“I have therefore decided to invite (FPO leader) Heinz-Christian Strache and the FPO today to take part in coalition talks,” Kurz told a news conference at OVP headquarters, adding that a minority government backed by the SPO was a “good Plan B” if those talks failed.

Some European leaders have expressed concern about the possible return to power of the FPO, which first became a major force in the 1990s under the late Joerg Haider, who praised Hitler’s employment policies.

The party has steadily increased its mainstream appeal in recent years. It says it has turned its back on its Nazi past, though it still frequently has to expel members for anti-Semitic statements. It has also dropped calls for Austria to leave the European Union as most Austrians back membership.

Kurz has sought to allay such concerns and repeated on Tuesday that any government must have a “clear pro-European orientation”, though he also wants a streamlined EU that focuses on core tasks like trade and protecting external borders.

The FPO, which wants Brussels to hand more powers to member states, has said it hopes to go into government and there was little doubt that it would accept Kurz’s invitation. It has made control of the Interior Ministry a condition for any deal.

“The negotiations have not started yet,” Kurz said when asked about that condition, adding that such issues would be settled in the talks.

Kurz said ideally he would start talks with the FPO on Wednesday and he hoped to have a deal before Christmas.

The two parties went into government together in 2000, which prompted the rest of the EU to impose sanctions on Austria. Given the more guarded response to Austria‘s election in the aftermath of the migration crisis, a new alliance between them is unlikely to provoke the same outrage.

If the talks were to fail, Kurz might still have the option of leading a minority government. Chancellor Christian Kern, leader of the Social Democrats, said on Monday he might back that arrangement, though he said he still expected a coalition between Kurz’s OVP and the FPO.