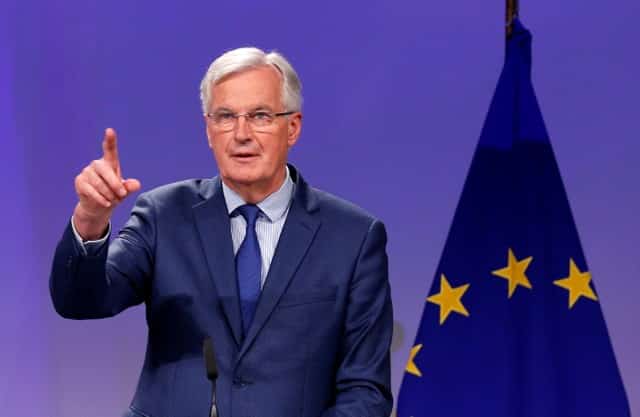 Britain must choose from a range of existing off-the-peg models for its relationship to the European Union when it leaves the bloc, Brussels’ chief negotiator Michel Barnier has told a group of newspapers.

He said a bespoke deal could only be negotiated after an orderly departure.

Barnier, who is leading the EU’s negotiations with Britain after last year’s Brexit vote, told Handelsblatt that while it was in both sides’ interest to maintain a close relationship, the range of possible relationships was limited.

“The only way to do it without difficulties is by staying within the internal market. That would be the Norway model, but the British government rejects it,” he said. “Another option would be a free trade agreement like the CETA-deal with Canada.”

Even a Canada-style deal would take several years to negotiate. Asked if there would be a specific British model after the country left on March 30, 2019, Barnier said: “No.”

European leaders decided this weekend that Britain had not made enough progress on exit negotiations to begin work on devising a future relationship, leading to concern in Europe and the world that Britain could crash out of the bloc in disorderly fashion, with serious economic and political consequences.

“A disorderly exit would bring enormous problems – mainly for Britain, but also for us,” he said in the interview with Handelsblatt and four further European newspapers. That would affect everything from food supply to healthcare.

He added: “Britain would leave the single air traffic space, losing take-off and landing rights. It would no longer be a member of the Euratom treaty and could no longer import nuclear material from the EU for hospitals and power stations.”

The process of designing a longer-term relationship with the EU was also fraught with difficulties, he added, warning that the EU would need to find ways to head off any British attempts to undercut European environmental or welfare standards.

“We will have to arrange future coopperation on defence and security policy in a separate treaty,” he said. “We will have to ward off British attempts to influence our decision-making processes in this area.”