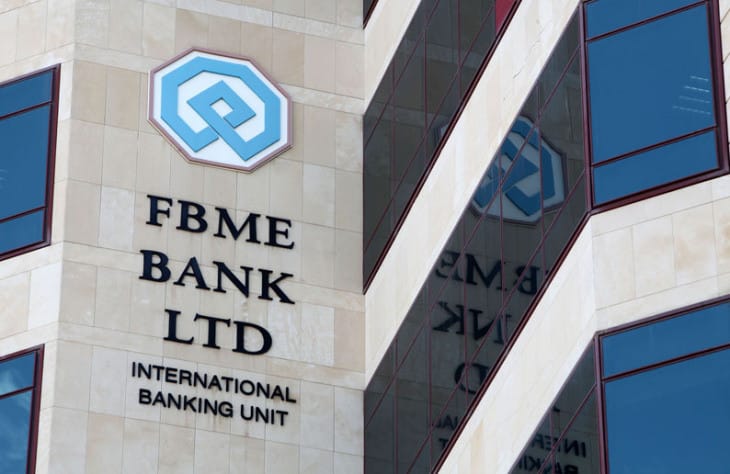 A US appellant court ordered the dismissal of an appeal by FBME Ltd, the holding company of Tanzania’s FBME Bank Ltd, against an April court ruling affirming the decision of US authorities to ban the lender from transacting in US dollars as the company.

The US District Court of Appeals for the District of Columbia Circuit “ordered and adjudged that the appeal be dismissed because the appellant lacks the capacity to sue,” it said in its ruling dated October 24, seen by the Cyprus Business Mail.

The Cayman Islands-based FBME Ltd which was struck off the company register almost a year ago, was one of two appellants in the case against the first instance ruling from April, i.e. six months after it was dissolved. Then, the first instance court rejected a challenge against the decision of the US Financial Crime Enforcement Network (FinCEN) to prohibit US banks from opening or maintaining correspondent accounts with FBME Bank.

According to a letter sent to the appeals court by Derek Schaffer of the Washington DC office of Quinn Emanuel Urquhart & Sullivan representing the applicants, the other appellant, FBME Bank Ltd received instructions from the Bank of Tanzania to withdraw from the appeal -five months after it lost its licence – leaving FBME Ltd as the sole appellant. “Or so we thought,” the appeals court commented.

“FBME was a legal nullity when it purported to file its notice of appeal in April 2017” and “remains a legal nullity now,” it added. “It is not and has never been a proper party to this appeal. And because the bank has withdrawn, there is no viable appellant and no dispute fit for resolution on the merits”.

The appeals court also said that the dissolution of the bank’s holding company in the Cayman Islands was not “the result of mishap or confusion”.

“Rather, the Cayman Registrar of Companies struck FBME because it lacked a corporate administrator, failed to pay the required annual fees, failed to submit an annual return or all of the above,” the court added.

“FBME was apparently unable to retain a replacement administrator,” the court said after the previous administrator concluded that the company did not fit its risk profile, the court continued. Therefore, the company’s principals, the Lebanese brothers Ayoub-Farid M. Saab and Fadi Michel Saab, and their Cayman counsel “acting with reasonable diligence should have known of FBME’s capacity vel non by April 2017 when the notice of appeal was filed”.

The owners of the bank, which also lost the licence of its Cyprus branch in December 2015, have resorted to the Paris-based arbitration court of the International Chamber of Commerce seeking €1.5bn in damages from the Republic of Cyprus, citing its failure to protect their investment.

Trump, key Republican US senator spar ahead of tax meeting