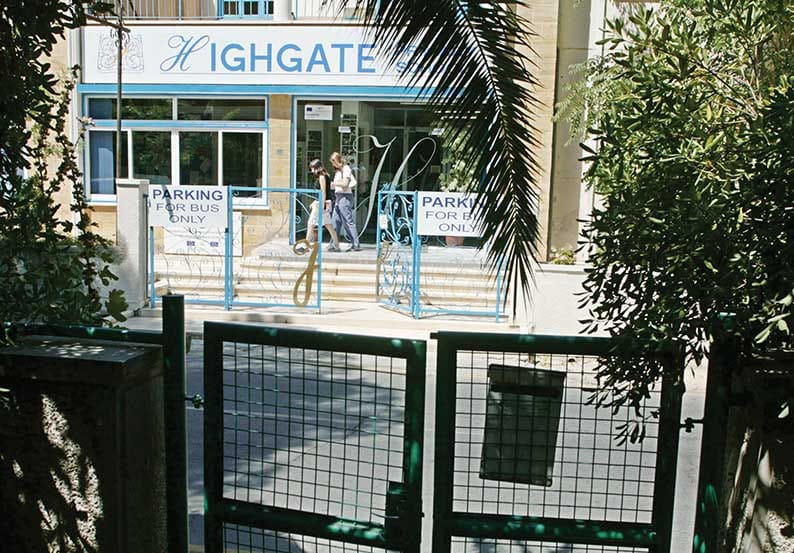 The education ministry has given ample time to the management of Highgate private school to submit the necessary documents for its operation licence before the decision was taken to have it revoked, an official said on Wednesday.

Highgate was founded in 1991 as a primary school and was given all the necessary permits. After 2001, it also began operating as a secondary school for which it never received a licence.

According to the education ministry, since 2012, when it moved to new premises, its current location, the school failed to submit all documents that prove that it fulfils all criteria to operate as a registered private school.

“The school was given ample time to do what it had to do but it failed to fully respond to the preconditions set by law,” head of the ministry’s department of private education, Froso Tofaridou told the Cyprus Mail.

Private schools, she said, to be given an operating licence, must fulfil a set of criteria on infrastructure, curricula, faculty and internal regulations.

The school reportedly failed to comply with criteria concerning infrastructure. A reported dispute has been going on for several years between the landlord and the school management over delayed rent, to the tune of hundreds of thousands, which also hinders other procedures.

Tofaridou said that the decision to remove Highgate from the ministry’s list of private schools, was taken by the independent advisory committee for private education. In addition, the ministry reported the school to the police.

“The education ministry has rolled out all procedures provided by law regarding the operation of illegal establishments,” Tofaridou said.  She added that the ministry does not like to shut down schools, but that in this case, the grace period had been exhausted.

Despite however this turn of events, she said, if the school manages to submit all the necessary documents to meet all set criteria, then the ministry would have no problem suggesting to the advisory committee to reconsider its decision.

According to the school’s lawyer, Marios Eliades, the management of Highgate is working to satisfy all demands provided by the law the soonest possible to be able to obtain its operating licence.

Eliades, speaking to state broadcaster CyBC said however that there was an obsession with formality. This, he said, “has never helped the advance of the bodies of societies in general”.

“A more balanced approach is necessary, especially when authorities are convinced that this is an honest effort to build a first-class, exemplary school,” Eliades said.

As to the validity of the school-leaving diplomas Highgate issues, the ministry said that this depended on its use by graduates.

Graduates however have not had any difficulty so far in furthering their studies in universities in Cyprus or abroad.

A mother of two whose children graduated from Highgate, said that they were both accepted in universities, the one in Cyprus, the other in the UK. She said that her second son, who later decided to pursue a Master’s degree in Germany, had encountered no problems there either when he presented his high-school diploma. She added that she is very satisfied with the school.

“It is a very good school, it educated my children to question and debate, something other schools don’t,” the mother said.  She added that the school even helped her find a university in the UK for her eldest.

Bills to introduce charges for plastic bags heading to plenum