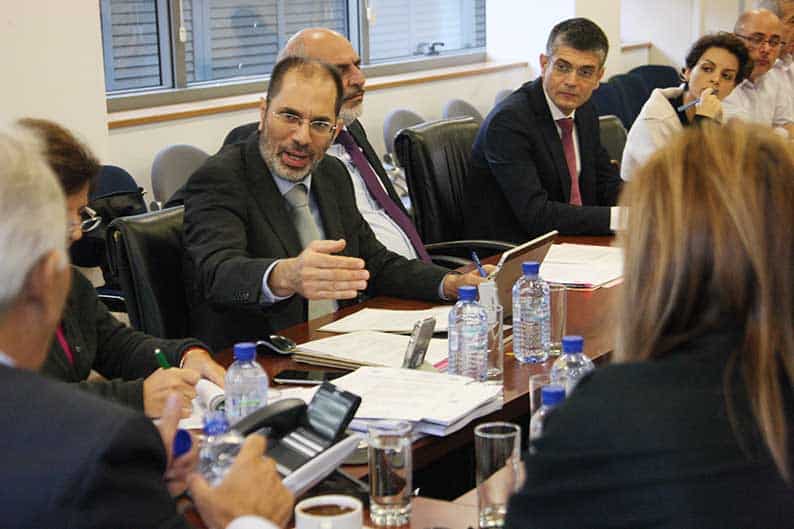 Auditor-general Odysseas Michaelides at the House on Thursday

Auditor-general Odysseas Michaelides will ask the Tax Department to hand over data relating to the tax files of individuals designated as Politically Exposed Persons (PEPs).

The official will be requesting the information after it emerged in parliament that the Tax Commissioner has restricted access to these files.

The matter was raised by MPs on Thursday on hearing that tax officials may investigate tax files going back only six years.

To investigate tax dossiers going beyond that, for a period starting from six to 12 years back, department employees are required to file a request with the Tax Commissioner, whose approval is needed for access to the information.

The auditor-general said he would be asking to see the last 100 requests made for access to such files.

Michaelides wants to determine which files are being kept under lock and key in the office of Tax Commissioner Yiannis Tsangaris, whom the files concern, how many requests have been filed for access to the dossiers, as well as which persons have access to them.

“The question is how many files there are in the Tax Commissioner’s filing cabinets for which he did not grant approval to be checked.

“It cannot be that the decision to check a file is left to a single person,” she added, alluding to the head of the department.

“It makes one wonder whether regular taxpayers and big debtors are being treated in the same way, and whether the big debtors’ files are being kept in the Commissioner’s cabinet.”

MP Pavlos Mylonas complained that tax officials did not provide adequate answers about PEPs or about the outflows of deposits just before the ‘haircut’ of March 2013.

“And it seems we shall have a hard time getting answers about those who use the Virgin Islands to get their money out.”

On a related issue, deputy tax commissioner Sotiris Markides informed MPs that Cyprus is currently sharing tax information with 23 countries, as part of the Common Reporting Standard (CRS) of the Organisation for Economic Co-operation and Development.

He said the island could have been exchanging information with 11 additional countries, but those countries decided to withhold information as they had concerns over Cypriot authorities’ ability to guarantee confidentiality.

These concerns are being addressed, said Markides, adding that as of next year Cyprus will be sharing tax information with a total of 34 countries.

Our View: MPs display yet again their penchant for corruption