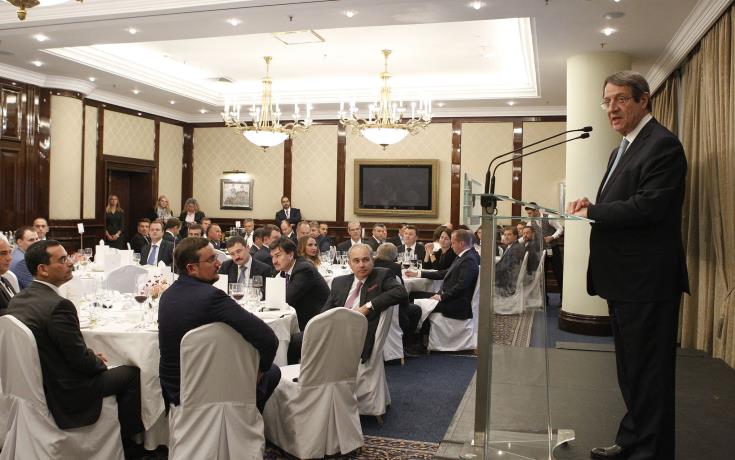 The event was addressed by President Nicos Anastasiades but CIPA Director General Natasa Pilides told the Cyprus Mail that the contacts had extended beyond the event on the part of the private sector and that a new round of meetings was held on Tuesday by private businessmen and women from both sides outside of the president’s mission.

“There are a lot of synergies and potential for developing cooperation in innovation in particular,” she said.
“We have set up the foundations for some very specific actions in certain areas”.

Pilides said efforts were not being carried out just in terms of cooperation between organisations but also between private organisations.

Anastasiades had told the Russian businesspeople in his address that the government would strive to promote new measures to ensure that the attractiveness of the investment environment was constantly upgraded.

He said there were opportunities in innovation, technology and health that were extremely promising for both countries.

There were also major opportunities for growth in shipping, tourism, large infrastructure projects, the film industry, education, health, research and development “and of course, energy.”

Anastasiades also noted that the presence of so many business-world guests was “a testament to the long-standing excellent relations between Cyprus and Russia… not just at the political level, but also at the business and people-to-people level.”

Also speaking at the event, CIPA Chairman Christodoulos Angastiniotis said Cyprus was a home away from home for thousands of Russian businesspeople and their families. He said the island offered attractive benefits as a business and investment centre, and as such has been a reliable partner to many Russian companies, which have chosen Cyprus as their preferred EU location with which to do business.

“Our goal is to further boost the country’s global competitiveness by introducing modern business reforms, and to establish Cyprus as a ‘Centre of Excellence’ for international business activities,” he said.