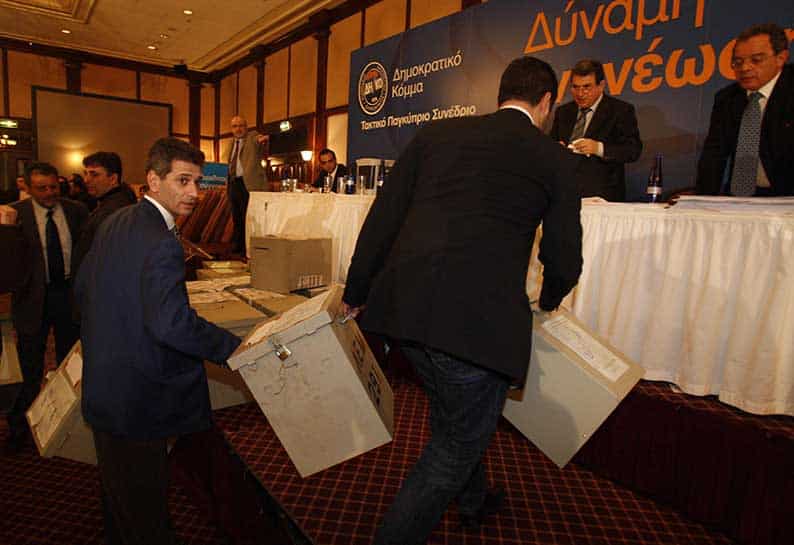 EIGHT Diko members, including one from the party’s central committee, resigned on Friday citing disagreement with chairman Nicolas Papadopoulos.

On Friday, central committee member Andreas Iatropoulos said he was resigning for the same reasons Patsalides did.

He was followed shortly afterwards by seven other members.

“Our decision to resign is clearly political because we think Diko, under your chairmanship, has diverted from its traditional principles and positions and has been transformed from a purely centrist party, to a coalition of components united only by their passion for power and satisfying personal aspirations,” a letter signed by the members said.

They added that such behaviour and mentalities did damage to the country’s national issues.

“We hope our resignations today would be the reason for you to come to your senses before its too late.”

Last Friday, Patsalides said he decided to quit the party because it appeared to abandon its key principle for a solution to the Cyprus problem based on the bizonal, bicommunal federation model.

In April, Diko teamed up with socialist Edek and Solidarity to jointly run Papadopoulos for president.

Edek and Solidarity have publicly denounced the bizonal, bicommunal federation as a model for the solution of the Cyprus problem.

Before that, other members of the faction inside the party spoke out about the “new ethos” introduced by Papadopoulos and pointed fingers at people “parachuted” into the party, naming Papadopoulos’ campaign manager Chrysis Pantelides and party spokesman Athos Antoniades as examples.