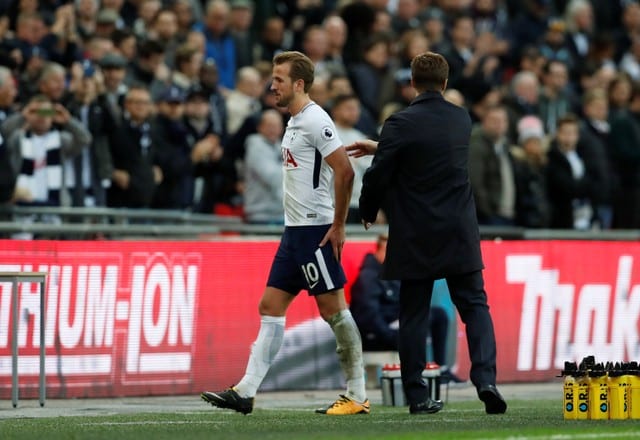 Harry Kane walks off to be substituted after sustaining an injury

“Harry Kane underwent assessment and investigation earlier this week, which confirmed a minor strain to the left hamstring,” the club said on Twitter on Friday.

Kane, who has scored 13 goals in 12 appearances in all competitions for Spurs this season, was clutching his hamstring when he was substituted in the final minutes of their 4-1 win over Liverpool last weekend.

Speaking at a pre-match news conference on Friday, manager Mauricio Pochettino said the England forward could return for the Champions League group-stage match against Real Madrid at Wembley on Wednesday.

“The injury is very small but we cannot take a risk for tomorrow,” he said. “We’ll see after for Wednesday against Real Madrid. But tomorrow, it is impossible.

“Always you want to have all the players available, so this is a problem. But, like always, we believe in the collective, in the squad and during the season sometimes these things happen. We have to trust in other players.”

Sex and drugs: US study links marijuana use to more intercourse