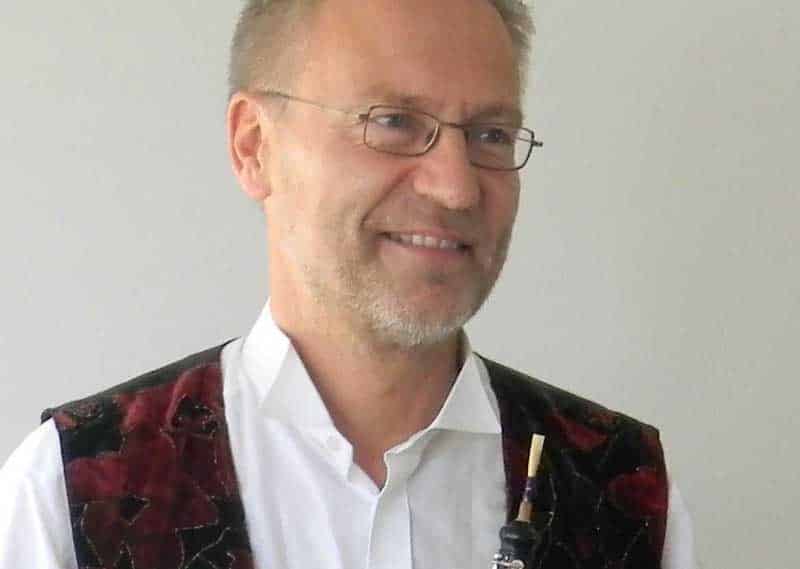 Where do you live?

Part of the time I live in Germany sometimes near my elderly mother whom I look after when not involved with my various performances. Every six to eight weeks I come to Cyprus to enjoy a different life, not working until just recently.

Most frequented restaurant and absolute favourite dish? What would you turn your nose up to?
There are lots of great restaurants in Paphos and I don’t want to advertise just one but I go for places with excellent home-made moussaka and I also love sheftalia! On the other hand, I really dislike pizza – it seems to stay with me and weight me down.

What did you have for breakfast?
Coffee, yoghurt and fruit.

Would you class yourself as a day or night person?
I’m essentially a day person, but I have to be both as I mainly perform at night or late afternoon like today’s Classical Trio Recital.

What is your favourite night out?
Dinner with friends and a wonderful concert afterwards. Perhaps the most precious night out memory I have was for my 50th birthday when we were playing a particularly beautiful programme – the Mozart Grand Partita and Tchaikovsky String Serenade – and it was a great birthday gift to have my colleagues playing for me.

Best book ever read?
Daphne DuMaurier – My Cousin Rachel. I love the romance of it and it translates well into German!

Favourite film of all time?
Some Like it Hot – directed and produced by Billy Wilder; the German version was really well-dubbed and translated. Also I like Roman Polanksi’s Dance of the Vampires particularly for its music.

What music are you listening to in the car at the moment?
Actually my car is so old and noisy it’s hard to listen to music; and in Cyprus I have a motorbike! But I love all kinds of music from pop to R&B, 70s and 90s. Earth Wind & Fire’s September particularly moves me.

What is always in your fridge?
Medium sweet red wine; of an evening I usually try to relax with a glass and chill out.

Dream house: rural retreat or urban dwelling? Where would it be, what would it be like?
I think I probably have it now with my German base in Munster; I’d be too lonely right out in the country and I need a cosmopolitan atmosphere to thrive musically. But I also like the buzz and climate of Cyprus which makes life different altogether.

If you could pick anyone at all (alive or dead) to go out for the evening with, who would it be?
President Macron; he is interesting, open-minded and fresh. For me his vibrations are good and he communicates his ideas well. I like to think he has the capacity to learn also and will be good for the new generation.

What is your greatest fear?
That my reed will break during a performance

Tell me a joke?
I tried telling a joke in English recently and was told that it doesn’t translate well for the English humour! So, sorry, no jokes …

Klaus Storm will appear at Technopolis 20, Paphos tonight at 6pm with Natalia Ledzedova (piano) and Tina Chester (soprano). All proceeds from the recital will go to St Michael’s Hospice Charity. Tickets are €12. Tel: 70002420. There will be a gala champagne draw for the charity which will be drawn at the end of the evening