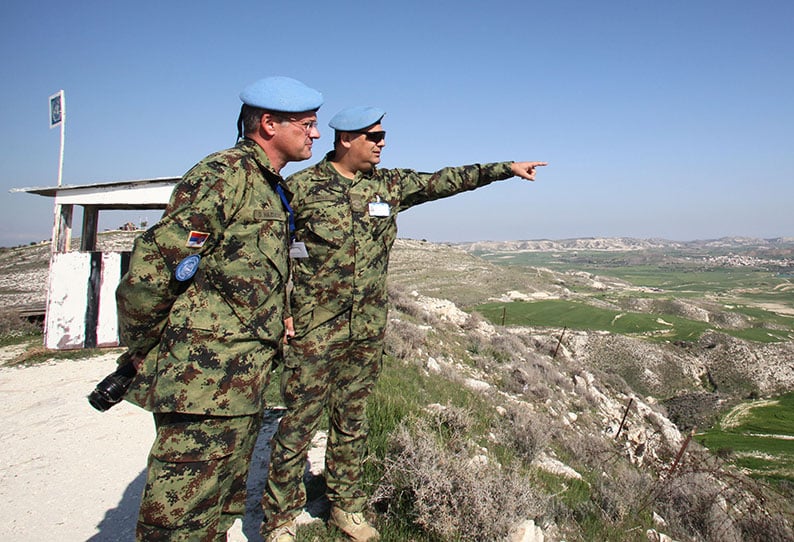 Nicosia believes the continued presence of UNFICYP is indispensable as long as foreign occupation of almost 37 per cent of the island’s territory persists, First Secretary at the Delegation of the Republic to the United Nations Michael Mavros has stressed.

He also said that the UN remains the forum through which a settlement can be achieved and should be at the forefront of efforts to reunite Cyprus.

In his address at the 72nd Session of the 4th Committee of the UN General Assembly on Comprehensive Review of the whole question of peacekeeping operations in all their aspects, Mavros said Cyprus strongly believes in the vital role of UN peacekeeping missions around the world.

He noted that as a host country of a peacekeeping operation since 1964, Cyprus is particularly grateful to the UN and to all of UNFICYP’s personnel-contributing countries for their decades-long involvement on the island.

Mavros said UNFICYP is currently undergoing a review, mandated by the Security Council in July and expected to be completed in November.

During this review, he added, it should be borne in mind that the situation on the ground has, unfortunately, not changed since 1974.

The Cypriot diplomat said that as long as foreign occupation of almost 37 per cent of the island’s territory persists, the host government deems the continued presence of UNFICYP, and particularly its military component, in its current mandate and configuration, as indispensable.

“We expect that, during this process, the Secretariat will fully abide by the Security Council directive that the review must be ‘focused on findings and recommendations for how UNFICYP should be optimally configured to implement its existing mandate, based exclusively on rigorous evidence-based assessment of the impact of UNFICYP activities’,” Mavros said.

In a time of global financial strain, he added, “Cyprus fully understands the need for better use of resources however, we maintain the view that reducing the cost of peacekeeping should not constitute an end in itself; rather, looking into the possibility of savings should be just one of the parameters under examination in the process of peacekeeping reform.”

“We are certain that the situation on the ground and the prospects for peace would now be much worse had it not been for the UN´s involvement all these years.  The UN remains the forum through which a settlement can be achieved and should be at the forefront of efforts to reunite Cyprus”.