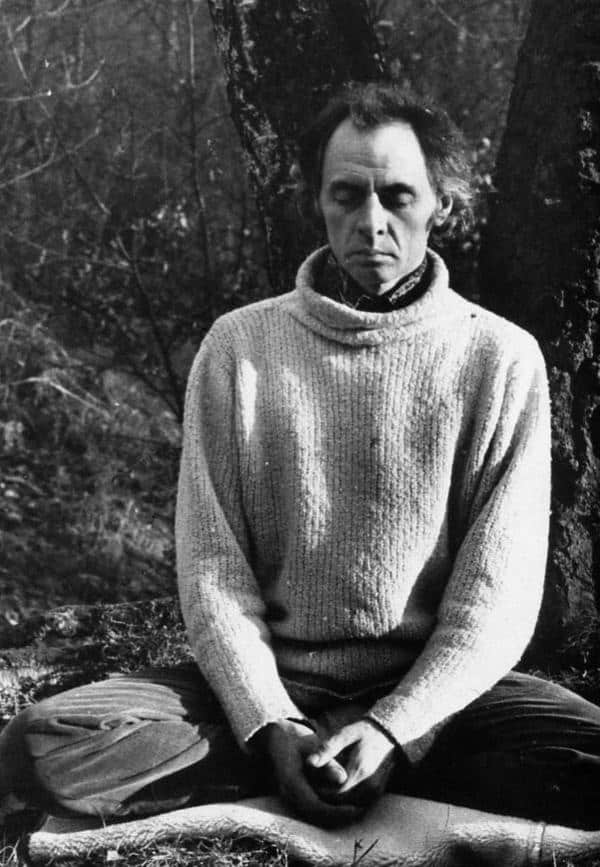 R D Laing was a famous Scottish psychiatrist from Glasgow who wrote The Divided Self about the two selves that inhabit troubled souls: one, the real tormented self and the other, its false face presented to the world outside. According to Dr Laing when the real self breaks down the pretend world collapses and the whole personality disintegrates.

You can see where I am going with this, but to complete the story of Dr Laing, he died prematurely while playing tennis in France but the ideas he propounded in The Divided Self helped change our understanding of sanity and insanity.

The truth is that the state of affairs that should exist in Cyprus is contained in her constitution that is guaranteed by the much-maligned treaty of guarantee. The state of affairs guaranteed by that treaty are independence, territorial integrity and the constitution, under which sovereignty was supposed to be shared between the two communities jointly. The zero guarantees policy of the Greek and Cypriot governments suggests that its proponents have not actually read the part of the treaty that identifies what is guaranteed and why.

To repeat, the reason for the treaty of guarantee and the reason for giving joint sovereignty to the Turkish Cypriots was to prevent the handover Cyprus’ sovereignty to Greece. This was what most Greek Cypriots wanted in 1960. This was what the putschists wanted to achieve when they mounted the coup in 1974; and, although most Greek Cypriots no longer wish to be a province of Greece, enosis is an idea that can easily be rekindled by the church and the likes of Elam and fellow travellers.

Greece violated Cyprus’ independence in 1974; Turkey is in continuing violation of her territorial integrity since 1974; and Cyprus is in continuing violation of her constitution since 1964. Contrary to the treaties of establishment and guarantee as well as the constitution, the Turkish Cypriot community has not shared in the enjoyment of the rights and benefits of sovereignty and governance that Britain handed over to the two communities jointly in 1960. Constitutionally, Cyprus is in a mess and one day all hell will break loose and people will wake up astonished where it all came from – like they did in that awful summer of 1974.

Just to remind readers, in 1974 there was lots of internecine fighting and killing between Greek Cypriots when Greek army officers and the national guard, on orders from the Greek military junta, tried to unite Cyprus with Greece.

Imagine what it felt like to Turkish Cypriots. There they were – poor and enclaved and under pressure to leave Cyprus – when out of nowhere all hell broke loose among Greek Cypriots who for no rational reason started killing each other, often brutally and without mercy, and even chasing to kill the president of the republic and head of the church of Cyprus all the way to Paphos.

To Turkish Cypriot eyes it looked like the Greek world had literally gone mad and they, the Turkish Cypriots, had done nothing to deserve their predicament. But it got worse because Turkey was aroused and mounted an invasion on a small bridgehead in north Cyprus apparently for the sole purpose of restoring Cyprus’ independence and her constitution.

The trouble was that this precipitated an attack on the whole Turkish Cypriot community and far from protecting the Turkish Cypriots, Turkey’s intervention caused many to perish, some killed in cold blood and buried in mass graves, and the rest forced to flee north. All this out of the blue for no reason other than that the Cyprus problem remained extant.

I mention all this because the treaty of guarantee was not intended to protect the Turkish Cypriots and it manifestly did not in 1974. It was primarily intended to prevent enosis and preserve the state of affairs created by the constitution by granting joint sovereignty to the Turkish Cypriot community as a constitutional bulwark against any move to transfer sovereignty to Greece.

Turkey’s actions in 1974 prevented enosis and restored President Makarios to power. He returned to Cyprus in December having fled the national guard with the assistance of the British. It must have been a bitter irony for him to be saved by the Brits and restored to power by the Turks.

The state of affairs created by the constitution so far as the Turkish Cypriot community is concerned, however, was not restored. Turkish Cypriot power sharing and joint sovereignty have yet to be restored. This is what the Cyprus talks are actually about, taking into account the new landscape but preserving the political balance of the 1960 accords. It is important for people to understand that international treaties cannot just be wished away simply because Makarios should never have agreed their terms, or because Turkey is in military control of north Cyprus and the Cypriots cannot force them to leave.

Turkey turned her intervention into a violation of the treaty of guarantee herself. Instead of pressing to restore to the Turkish Cypriot community their share of Cyprus’ sovereignty, Turkey has prepared the groundwork for the partition of Cyprus by encouraging and recognising UDI by the TRNC in 1983.

And so we have a complete breakdown of the personality of the Republic of Cyprus that was set up by the treaties of establishment, guarantee and alliance incorporated as basic provisions of Cyprus’ constitution. Yes, the Greek Cypriot government of Cyprus is recognised but it does not really have true legitimacy at home. It is recognised because of a gap in international law that excludes from consideration internal legitimacy. The gap is closing within the EU where regional relationships are normal and where principles of the equality of peoples and non-discrimination mean that you cannot embargo a whole community of EU citizens as a result of being in control of sovereignty ignoring the constitutional arrangements of Cyprus.

At Crans-Montana Anastasiades apparently asked Turkey’s foreign minister Mevlut Çavuşoğlu why Turkey needed the treaty of guarantee, to which he replied ‘in case we need to use it.’ Wrong answer. The right answer is that there is always a need to guarantee treaties –  pacta sunt servanda, pacts must be kept. And in this part of the world political leaders do not always keep their solemn undertakings.

How Balfour sowed one hundred years of strife

Tales from the Coffeeshop: Putin and the province of Kyproulla