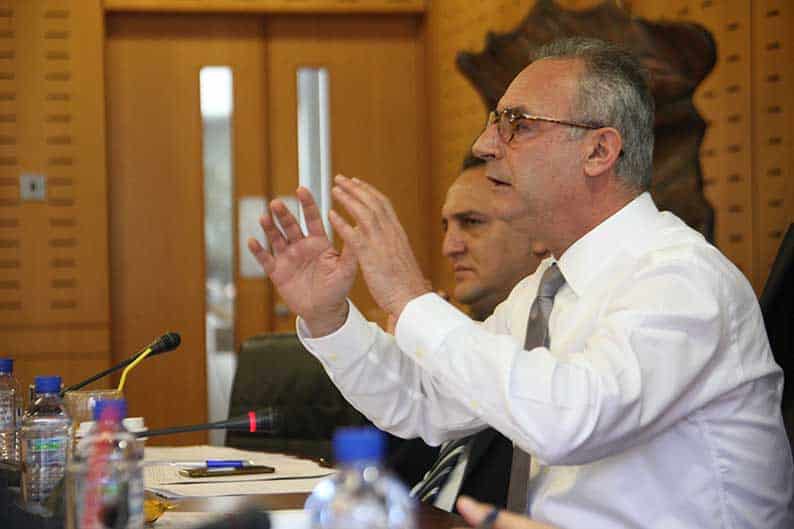 By Stelios Orphanides and Evie Andreou

With elections approaching, lawmakers, in a rare show of solidarity, appeared on Monday to be leaning towards the idea of setting up a fund to compensate depositors and investors who lost money in the 2013 banking crisis, and agreed to discuss it behind closed doors at the House finance committee next Monday.

The bill proposal was submitted in July by Disy head Averof Neophytou and chairman of the Citizens’ Alliance and presidential candidate Giorgos Lillikas. It provides for setting up a fund for the gradual compensation of depositors and bondholders of the now defunct Laiki Bank, and of the Bank of Cyprus, who lost almost €10bn in total during the 2013 haircut on deposits.

MPs at the House Finance Committee said on Monday that they would discuss the bill proposal next week behind closed doors in the presence of Finance Minister Harris Georgiades.

It appeared from statements made, the main opposition parties either have similar proposals or did not object to the principle of compensation for those affected by the haircut, likely because it would be a vote winner.

Michalis Stylianou of the Central Bank told MPs that even though this does not concern its role and responsibilities, the CBC views positively any government effort to rehabilitate those affected by the reorganisation of the financial sector in 2013.

In his opening statement at the beginning of the debate, Neophytou, who also chairs the House finance committee, said that it was necessary for everyone to keep this issue separate from pre-election expediencies.

“All the political forces indisputably, at some point, approached the matter sympathetically. This issue cannot be avoided,” he said.

In earlier statements to state broadcaster CyBC radio, Neophytou said that while the constitution does not allow the parliament to allocate funds, it can set up the legislative framework so that the executive branch can provide funds required to compensate groups when economic growth and budget surpluses allow this to happen. He also rejected that the proposal is serving political expediencies ahead of next year’s presidential elections.

While total losses of investors and depositors in the crisis amount at €9.5bn, the fund would distribute up to €0.5bn, he said.

“All people contributed to fiscal consolidation,” Neophytou said. “For the consolidation of banks, only a portion of our people paid a heavy price”.

He added that the ones burdened the most were those who had bonds issued by Cyprus Popular Bank, widely known as Laiki, or its depositors who lost all their uninsured deposits, followed by depositors and bondholders at Bank of Cyprus “and the shareholders,” he said.

The intention to set up this type of compensation fund was met with mixed reaction.

Lillikas said that the establishment of the compensation fund will lift “this social injustice”.

On the other hand, Alexandros Apostolides, who teaches economics at the Nicosia-based European University of Cyprus, threatened that he would resort to the courts should the parliament pass such a law.

“By legislating this way, the parliament would interfere in pending court cases while the resolution of Laiki is not completed yet,” he said in a telephone interview on Monday. He also added that this entailed a moral hazard as it would encourage risky investment and it would create a precedent for the taxpayer having to foot the bill for the losses of private investors.

Neophytou said that a solidarity fund set up months after the banking crisis attracted only one contributor who happened to be a Cypriot pensioner who emigrated to Canada.

Akel MP Aristos Damianou said that even though his party agrees that the government ought to find a way to compensate those who lost their money in the haircut on deposits, criticised Disy and the Anastasiades administration for using this bill proposal for electioneering purposes.

Damianou said that the Anastasiades administration must face its responsibilities “and by next Monday the government should make clear whether it has a comprehensive, feasible proposal to compensate all these groups”.

“The mockery that these people have suffered in the last four and a half years is unprecedented,” he said.