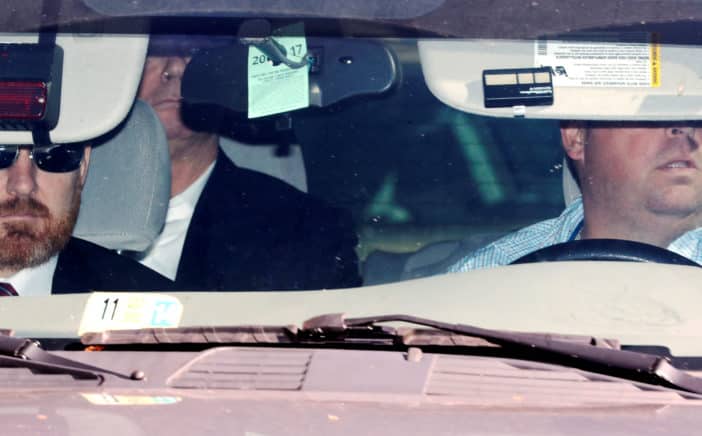 Cypriot authorities are not involved in any current investigation although they have aided the US in their investigation into Paul Manafort, US President Donald Trump’s former campaign manager, the attorney general said on Tuesday.

The Ministry of Justice carried out two requests for legal assistance filed by US authorities, Attorney General Costas Clerides said a day after Manafort and an aide were charged for various offences, including money laundering, tax evasion and acting as an unregistered foreign agent.

In Cyprus, Clerides added, “there is no criminal investigation underway”.

According to the indictment filed against Manafort and Richard Gates, the product of an investigation into Russia’s alleged meddling in last year’s US election and the ties of the Trump campaign to the Kremlin, the pair generated “tens of millions of dollars in income” for work done for Ukraine’s ousted leader Viktor Yanukovych and his Party of the Regions.

The overthrow of Yanukovych, an ally of Russian president Vladimir Putin, in the Maidan revolt in 2014, angered Russia’s leader who in response ordered the invasion and annexation of the Crimean Peninsula. Manafort, who resigned as head of Trump’s campaing in August last year, and Gates deny any wrongdoing.

“In order to hide Ukraine payments from United States authorities, from approximately 2006 through at least 2016, Manafort and Gates laundered the money though scores of corporations, partnerships and bank accounts,” the indictment filed with the Grand Jury for the District of Columbia, signed by Robert Mueller, the special counsel who led the investigation, said.

“In furtherance of the scheme, Manafort and Gates funnelled millions of dollars in payments into foreign nominee companies and bank accounts, opened by them and their accomplices in nominee names and in various foreign countries, including Cyprus, Saint Vincent and the Grenadines, and the Seychelles,” the indictment added. “Manafort and Gates hid the existence of the foreign companies and bank accounts, falsely and repeatedly reporting to their tax preparers and to the United States that they had no foreign bank accounts”.

Manafort had more than $12m wired in 2008 to 2014 to various vendors, from bank accounts belonging also to companies plus Yiakora Ventures Ltd, also a Cypriot firm, for various purchases including electronic equipment, art, cars and clothing, the document said. In 2012, he had additional $6.4m wired to acquire real estate.

A search at the website of the Registrar of Companies revealed that all Cypriot companies referred to in the indictment were headquartered at 1 Lampousas Street, Nicosia, which is the address of K Chrysostomides & Co LLC. The law firm, established by former member of the Parliament and Minister of Justice Kypros Chrysostomides, declined to comment.

In August, a Bank of Cyprus source said that companies linked to Manafort maintained accounts at defunct Cyprus Popular Bank, also known as Laiki. The latter, the source said, closed in 2012 most of the accounts as Manafort declined to comply with anti-money laundering requirements. Three remaining accounts inherited by Bank of Cyprus which absorbed Laiki’s operations in March 2013, were shut in 2014, well before Trump announced his candidacy.

Paphos buses to be hit by strike on Wednesday