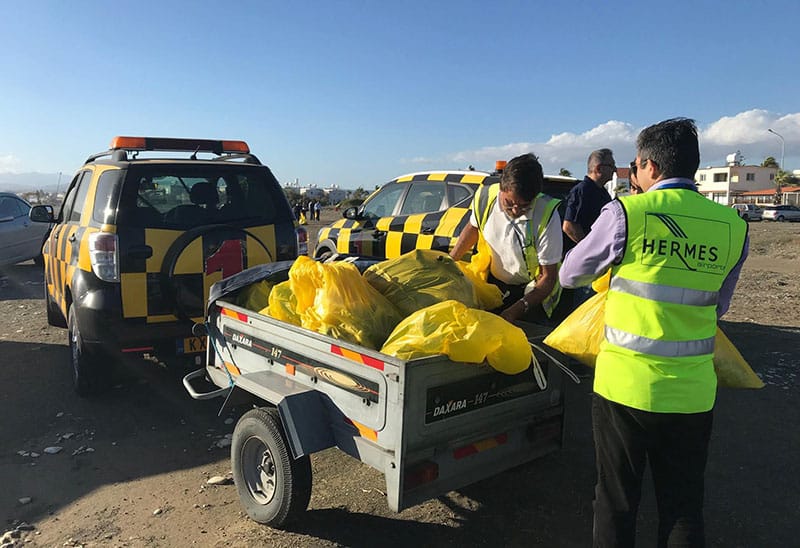 Over 20kg of waste was collected from the beach at Pervolia by volunteers working as part of Hermes Airports’ fourth beach clean-up event.

The volunteers removed plastic bags, bottles, tins, cigarette butts as well as a lot of paper from the beach. Much of the waste collected was sent by Hermes for recycling.

Many of the Larnaca airport employees joined the recent event organised by Vantage Airport Group, one of Hermes’ shareholders, as well as representatives from the aviation security company ICTS. In total, around 50 volunteers too part.