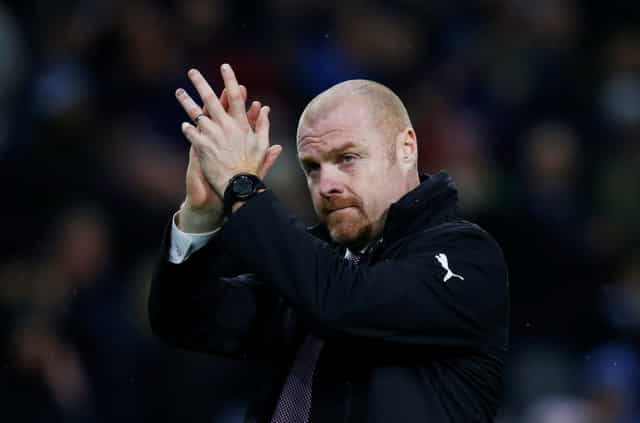 Burnley manager Sean Dyche has been linked with every vacancy that has opened up at Premier League clubs this season but the rumours show no signs of affecting him or his team.

The announcer at Turf Moor noted the fifth anniversary of Dyche’s arrival at Burnley, before and after Monday’s 1-0 win over Newcastle United, encouraging the fans to show appreciation for the man who has overseen two promotions to the top flight.

Linked with Crystal Palace during the close season, and with the recent vacancies at Leicester City and Everton, there was perhaps an element of psychology in the club’s efforts to make sure Dyche, 46, was aware of the fans’ feelings towards him.

Not that he was too overwhelmed by the tribute.

“Is fifth like the new 25th or something?” he said jokingly after the game. “I think respect is earned at all clubs and it has been earned here over a five year period,” he said.

Dyche was asked how much further he could take Burnley, a club with a limited budget who are seventh in the table, level on 16 points with Liverpool and just three points behind London giants Chelsea and Arsenal.

“We just keep getting on with it and that is my focus and the team’s focus. We take each game as it comes and we keep that clarity of thought,” he said.

Asked what he would do if Everton came calling, Dyche said: “I just keep getting on with my job, it is as simple as that”.

Burnley’s performance was far from fluid or entertaining but it had the classic ingredients of a Dyche inspired victory – solid defending, organised midfield play and hard pressing.

“The Premier League is a difficult place to be. You have to get wins however you can,” said Dyche.

“When you’re us, you can’t just go out and play fantastic every week, you have to fight for a win, get a set piece for a win, sometimes you have to play really well – you have to do all of those things.”

Dyche may be being tipped for bigger things but he insisted that despite his side’s current lofty league position Burnley are still focused primarily on survival.

“We are earning respect, a side that feels like it can do what the Premier League needs, but there’s still work to be done. It’s not a sprint, it’s a marathon, we’ve made a good start but there’s a long race to go,” he said.