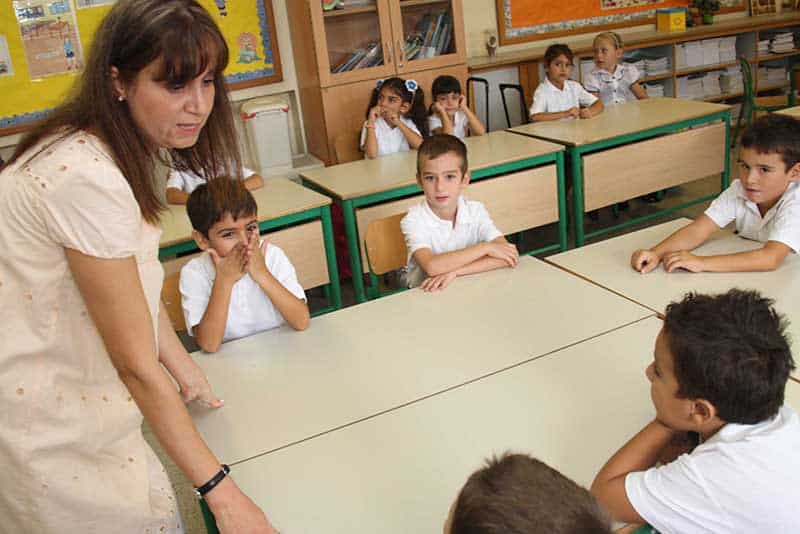 Teachers union Proodeftiki on Tuesday questioned statements made by the education minister that so many people sitting exams starting this weekend to become teachers would end up getting positions.

More than 5,500 people are expected to take the exams starting on Saturday for teaching jobs in public schools as a new appointment system swings into practice while Education Minister Costas Kadis said on Monday one in eight could expect to land a job.

Those who will pass the exams, Kadis said, will gradually enter the state educational system, as of this September.

“We calculated that around 800 to 900 posts within the next two years will be filled by educators who will enter the system based on the new appointment system,” Kadis said.

The new system, he said, “is an important development in our educational system and one of the top reforms taking place in the field of education the last years”.

The goal is to appoint teachers from the next school year on merit rather than the current waiting list system. The exams are for primary and secondary teachers.

“One in eight candidates is expected to secure a job post while there are specialties for which this percentage is even higher,” Kadis said.

He added that eight in ten candidates are under the age of 35.

The new appointment system will take into consideration each candidate’s exam results, his or her university degree grade, additional academic qualifications, and teaching experience.

Educators from all EU member states are entitled to apply as long as they speak Greek.

On Tuesday Akel affiliated Proodeftiki called on the ministry however, to “end this mockery of the teaching world even at the eleventh hour”. The group said that the ministry is misleading candidates as to their chances of securing a job, as “in no way the vacant posts that have been announced per specialty correspond to the real needs that will arise after the teachers who sought legal remedy will receive legal justification”.

The group is referring to the demand of teaching unions that the government recognises the rights of everyone who has worked as a substitute for more than 30 months of service to receive open-ended contracts.

The primary teachers’ union Poed has said a teacher who served more than 30 months had his right to obtain an open-ended contract recognised. The court decision prompted around 350 teachers to demand open-ended contracts from the education ministry, and threatened to take to the courts if the answer was negative.

Poed maintains that the state needs to sort out the labour issues surrounding contract teachers before introducing a new, merit-based appointment system or risk chaos.

Hermes collects over 20kg of waste in beach clean up