Solar panels being installed on a residential roof

The world’s trade policymakers need to leave behind their obsession with a parallel world of moving goods more freely and start getting serious about mitigating climate change through trade agreements.

Climate change may be the most difficult and urgent challenge facing mankind today. The current global plan for action – the 2015 Paris Agreement – calls for an economic and social transformation on the scale of the industrial revolution but squeezed into a much more disruptive – and tighter – timeframe.

For that to happen, all silos of government policy will have to open up and those outside of environment ministries will need to ask themselves what they might do to ease the transition.

That message seems to be lost on trade ministries – those in charge of negotiating international trade agreements, such as World Trade Organization (WTO) treaties, and the crop of new regional agreements under negotiation or just completed: CETA between Canada and the EU, TTIP between the EU and the United States, RCEP and TPP in the Asia-Pacific region and the “revised NAFTA” in North America.

All these negotiations seem to be taking place in some pleasant parallel universe where climate change is not an issue.

The payoff? Faster dissemination of critically needed green technologies. But progress is stalled; when the negotiators get to the table, they forget that the environment is the goal and revert to promoting their narrow economic interests. This is a question of political will. In the WTO and in other agreements, parties should agree on what goods are “green,” and reduce tariffs to zero. They should also break down barriers to trade in environmental services, such as renewable energy system design and engineering for landfill methane capture.

Another possibility lies in the way trade agreements govern investment. Most modern trade agreements have mechanisms that allow investors to force states into binding arbitration when disputes arise. But the standards of justice are low (no appeals mechanism or principle of precedent, for example), the protections are poorly defined and the awards can reach tens of billions of dollars. The result is a crap-shoot whereby investors have challenged states for lost profits over environmental regulations, such as Germany’s nuclear phase out, the United States’ denial of a major oil pipeline permit, and Italy’s ban on offshore oil operations.

There are at least two ways trade agreements could help assure parties that they will not have to pay investors for new climate laws. The text could weaken the legal basis for compensation by declaring the parties’ intention to aggressively address climate change, and warning that investors should not expect business as usual. In the same vein, countries should strive to define undesirable or ”climate-damaging” investments, and deny them access to potentially powerful arbitration.

The past decade has seen an explosion of cases where countries impose charges on imports of green goods, such as solar panels, to protect domestic producers from “unfair” foreign competition. Trade agreements could commit parties to forgo using their national regimes to investigate foreign dumping and subsidies for green goods, referring those investigations instead to the WTO – a more balanced, less politicized forum. This would mean fewer obstacles to flows of critically needed green technologies.

Trade negotiators could also agree to harmonize product efficiency standards. A 2015 study commissioned by the European Commission predicted that harmonizing standards at the highest current levels for the likes of televisions, industrial pumps and lighting would shave 11 percent off global energy consumption by 2030, benefiting the climate and saving consumers hundreds of billions of dollars.

The biggest win-win might be an agreement to phase out fossil fuel subsidies, estimated at more than US$500 billion a year globally. This is not exactly foreign territory for trade agreements, which already discipline trade-distorting subsidies. The G20 in 2009 agreed to a limited phase-out, as did the UN’s universally agreed Sustainable Development Goals in 2015, but results to date have been meagre. This despite the high stakes; a full phase-out would reduce global greenhouse gas emissions by a whopping 6 to 8 percent.

It would be easier to understand the trade-climate disconnect if the available options ran counter to the goals of the trading system. But they don’t; they’re about moving more goods and services across borders, reducing distorting subsidies, removing barriers to imports and firming up the rule of law. If we are serious about avoiding the disasters of climate change, trade policymakers are going to have to leave their parallel universe and get creative about ways the trade regime can meaningfully contribute. 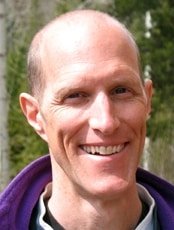 Aaron Cosbey is a development economist expert in the law and economics of sustainable development, particularly in the areas of trade and investment, climate change, and renewable energy technologies. He has worked for over 25 years as a consultant, advisor and researcher for non-governmental organizations, governments, UN Agencies and the private sector, including for the World Bank, OECD, the UN Framework Convention on Climate Change and the UN Conference on Trade and Development. He is a Senior Associate with the International Institute for Sustainable Development.