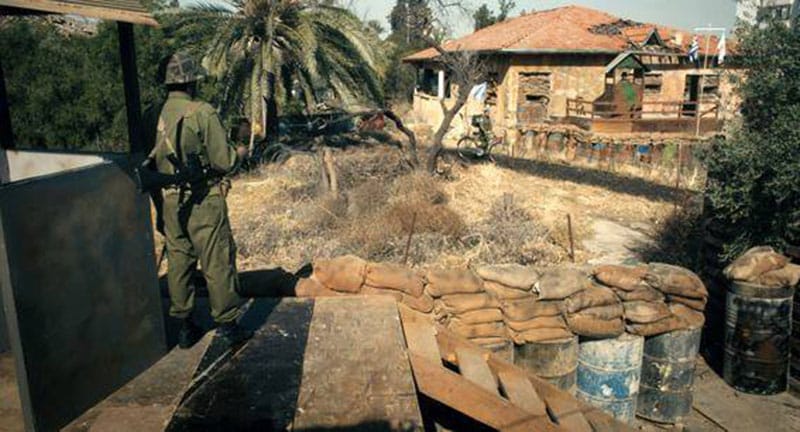 For all those who didn’t manage to catch the local film The Story of the Green Line by Panicos Chrysanthos at commercial cinemas in March, there will be another chance to do so on November 8 at Apothiki 79 in Larnaca.

As its title suggests, the film tells the history of the buffer zone in Nicosia, known as the Green Line, where a wall of barrels and barbed wire divides the capital. The 2016 film, which was shot in Alaminos, concentrates on the story of two soldiers in the 1970s, Greek Cypriot Kypros and Turkish Cypriot Murat. The two are guarding posts across from one another on opposite sides of the Green Line. Kypros discovers that Murat lives in the home he lost during the Turkish invasion. The war forced them both to move – Kypros from north to south and Murat from south to north. When Murat returns from his leave to the village, he brings Kypros a gift from his home, a family photo. The photo brings him face-to-face with his father, who was killed, and the girl he loved.

After this emotional encounter, Murat suggests that they take a secret trip that will lead each of them to the other side the Green Line, which Kypros accepts to do. He wants to see the Turkish Cypriot girl he loves and who he was reminded of from the photo. He accepts without a thought to the consequences.

The characters within the story and the story itself are fictional, but the times and circumstances that the film is rooted in are very real. So real that the film combines elements of true stories that were gathered while interviewing people about their personal experiences with the conflict from both sides.

Talking about how the film came about, Chrysanthos, who will be present at the screening to offer a small introduction and then be part of a discussion afterwards, said “I like listening to people’s stories. I like to collect them. And when I find them interesting, I like recording them.”

The Story of the Green Line showcases the blossoming of a friendship between two young men who by all rights should be enemies. They had both lost family members in the war but they were able “to remember, to forgive and to forego thoughts of revenge. That is why I decided to make this story – a story about love that is stronger than hate,” the director continued.