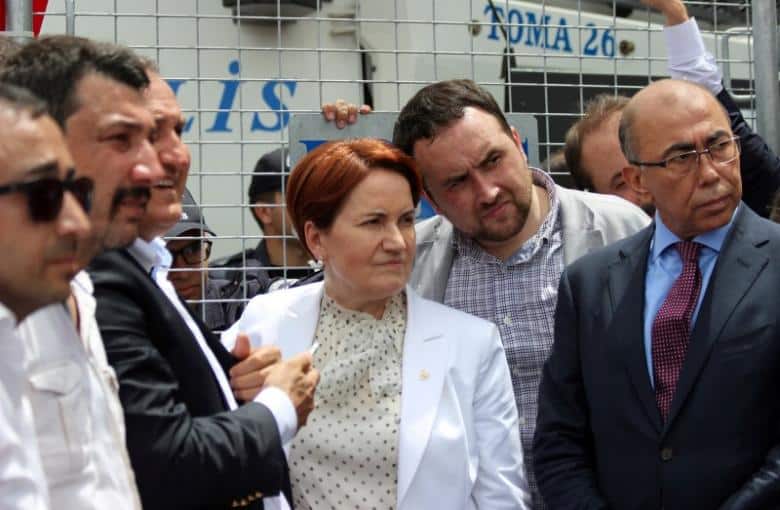 A new Turkish political party founded by a former minister and vocal critic of Tayyip Erdogan could cost the president crucial support and potentially unseat the main opposition, a poll suggested on Wednesday.

The survey by prominent polling firm Gezici showed that the Iyi Parti (‘Good Party’), founded this month by the breakaway nationalist lawmaker Meral Aksener, could mark a dramatic shift in Turkish politics, eclipsing the secular CHP that dominated Turkish politics for much of the republic’s history.

While only five members of the 550-seat parliament have joined Aksener’s party, the survey suggested it could win over voters from several parties, including Erdogan’s Islamist-rooted AK Party as well as secular or nationalist groups.

Although Turkey‘s next elections are not due until 2019, pollster Gezici asked 4,638 respondents how they would vote in the event of a snap election.

Support for Erdogan’s ruling AK Party, which has been in power since 2002, would fall to 43.8 percent, from 49.5 percent in the November 2015 parliamentary polls, the survey showed.

Aksener’s party would win 19.5 percent of the vote, beating the secularist People’s Republican Party’s (CHP) 18.5 percent, it showed. That would mark the first time in decades that the CHP – established by Turkey‘s founder, Mustafa Kemal Ataturk – was neither in government nor the main opposition.

The nationalist MHP, where Aksener previously served as a lawmaker and interior minister, and the pro-Kurdish HDP were both seen falling below the 10 percent threshold needed to enter the 550-seat parliament.

Gezici was one of the most accurate pollsters on the results of April’s referendum to change the constitution.

The poll was conducted between Oct. 10-15, days before the widely expected announcement of the formation of the Iyi Parti. Respondents were asked to choose from a list of potential political parties, including “Aksener’s party”.

Aksener was expelled last year from the nationalist MHP, the smallest of three opposition parties in parliament, after launching a failed bid to unseat party leader Devlet Bahceli, whose support helped Erdogan to a narrow victory in the April referendum that expanded his authority.

Since her expulsion, the 61-year-old has become one of the most prominent voices in the country, frequently criticising Erdogan and the government.

In the case of the Iyi Parti not participating in potential snap elections, the AKP would win just over 47 percent, while the CHP would earn 26.8 percent, the poll showed.

The AKP, founded by Erdogan, has held a majority in parliament for nearly 15 years. After winning almost 50 percent of votes in 2015, Erdogan and party officials said they aimed to win more than half the votes in the coming general elections.