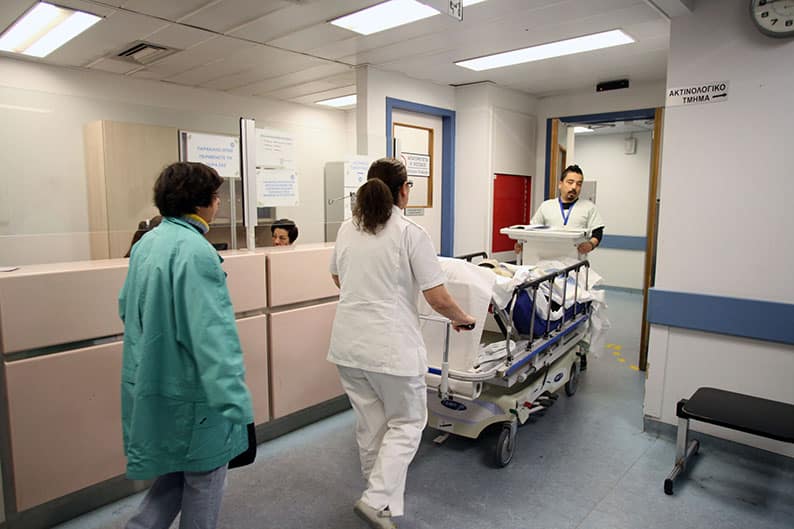 If the intensive care unit at the Nicosia General Hospital is not operating according to international standards, it should be closed down and needs should be covered from elsewhere, Health Minister Giorgos Pamboridis said on Wednesday, in response to criticism that the unit is perilously understaffed.

Pamboridis was responding to heavy criticism leveled against him by state doctors union (Pasyki) boss Soteris Koumas, who blamed the recent resignation of one of the unit’s seven doctors, as well as the resignation of another effective mid-November, on the health ministry’s failure to secure adequate working conditions and provide incentives.

“We are now demanding the six remaining doctors to cater to 24 intensive care beds,” Koumas told the state broadcaster. “I don’t know what the solution is – the health minister can tell us and if it is satisfactory we will support it.”

Koumas complained that the issue was brought to Pamboridis’ attention two weeks ago.

“We asked him to see the [ICU] doctors; he saw them, but 15 days later the solution is apparently not there yet,” he said.

Doctors at the unit claim they are being overworked in a crucial unit that should employ at least 10 intensivists. Pamboridis hit back, saying that if standards are not met at the Nicosia general ICU, then it will be closed down.

“Every effort will be made to continue the [ICU’s] operation and strengthen its scientific adequacy to the maximum extent possible, so that it operates like corresponding units abroad,” Pamboridis said.

“In this context, the adequacy of existing, as well as new, staff will be assessed, so that we can be certain that we have specialist intensivists doing the work the state wants them to do.”

His only concern is the quality and adequacy of the services offered to the Cypriot patient, the minister said before issuing a stern warning to those he deemed as trying to force his hand.

“If it is not offered, like those running the unit claim, it will be offered by any other means required,” he said.

“I am saddened when some are ecstatic with glee because we are threatened with resignations or faced with claims that international standards in state hospitals are not being met. If the unit is not operating according to the required standard, it should be closed down. If that is found to be, in fact, the case it will be shut down. And if the solution is to meet intensive care needs from the private sector while we strengthen the unit, we will look at that, too.”

The closing-down threat seemed to have worked, with doctors at the Nicosia general ICU issued a conciliatory statement defending their work and highlighting the dramatic work conditions they are facing.

“All of us, the head and the doctors of the ICU, are wholly devoted to the duty and our top priority, which has always been the maximum possible scientifically sound care of our heavily ill patients and supporting their families,” the statement said.

“For several years, we have been doing our best to serve this duty, even in exceptionally difficult conditions, which, based on international requirements, are now a risk to the health of our patients. We are glad the Health Ministry, through the minister, publicly acknowledges the problem and is studying our clear and immediately enforceable suggestions.”

As a centre of scientific excellence, recognized as such in Cyprus and abroad, the statement said, the ICU is a clinic that is ready to become a university clinic, employing numerous innovative methods and boasting a unique wealth of knowledge and experience, and operates saving lives.

“We are certain that if the right decisions are made quickly, the issues will be resolved soon,” the ICU doctors said.

Giorgos Mixides, the doctor whose resignation sparked the latest fracas, said he quit because he felt unable to do his work properly under the current circumstances.

“To me, the cause … are the chronic dysfunctions at the Nicosia general hospital, especially in the ICU,” he said in a statement, adding his belief that the situation was irreversible under the current regime.

Mixides said his resignation had nothing to do with political parties, trade unions, or the current minister who “was the only one who seriously dealt with the matters that concerned me.”

Flame arrives to ignite Pyeongchang’s story of fire and ice