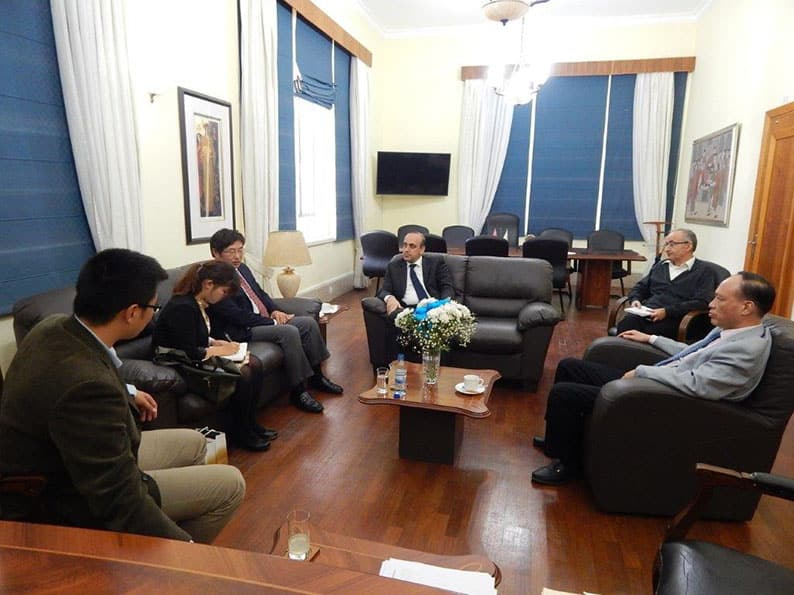 THE mayor of Paphos proposed a number of steps to further strengthen ties with China and the Chinese community at a meeting held at Paphos town hall on Tuesday night.

During the meeting the mayor proposed that a dedicated Chinese cultural centre be created in the town which is already home to hundreds of Chinese permanent residents.

The centre would promote Chinese culture, not only in Cyprus, said Phedonos, but in the wider region of the Eastern Mediterranean and North Africa.

“The Ambassador welcomed the suggestion with great interest and said that he would present it to the necessary authorities and both would see what could be done to implement it as soon as possible,” he added.

He stressed that Paphos’ special relationship with China is important as there are residents already living in the town and that the creation of such a cultural centre would give Paphos International importance, as it would cover the entire region.

In addition, Phedonos suggested that a municipal park be adopted by the Chinese Embassy and /or Chinese nationals living in Paphos, for them to consider ‘as their own’. Although it would be of use to everyone of any nationality, this move is to recognise the fact that Chinese residents are important to the municipality and the wider community, and will provide them with a way to contribute to the social aspect of the town, said the spokesman.

“They could purchase and install equipment for the children, such as swings and so on,” he said.

A third suggestion by the mayor would see the creation of a dedicated team made up of municipal and embassy officers, which would be able to give up to date information and help to prospective Chinese investors or Chinese permanent residents.

The mayor also discussed his upcoming visit to China as head of a three-member Paphos delegation to the International Forum of European and East Asia Capitals of Culture. Accompanying him on the trip is Chairman of Pafos2017, Christos Patsalides and Paphos municipal secretary Themis Filipides.

The event will be held in Shanghai on November 15 and 16.

Love that is stronger than hate

No easy path for Cyprus to become an energy hub, Lakkotrypis says