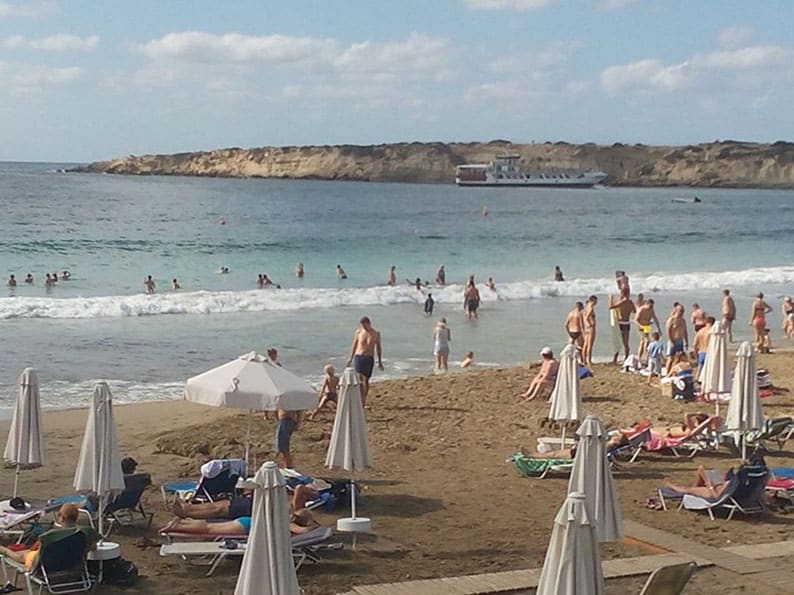 PAPHOS lifeguards are praising local authorities over a decision to leave a number of them in place during the month of November.

Head of the Paphos Lifeguards association, Mathaios Matheou, told the Cyprus Mail that the move was an important one and could help to save lives.

“The beaches are still busy, especially for the first half of November as there are half term school holidays in a number of countries such as Russia.”

He heaped praise on Nasos Hadjigeorgiou, head of the Paphos regional tourism board who he said understood their concerns fully and supported their requests for working more months.

“He has really helped us and takes visitors safety very seriously, as does the Paphos district officer, Mary Lambrou and local MP, Charlamabous Pitokopides,” he said.

Speaking on Wednesday morning, he said that at least 300 visitors were using the popular blue flagged Coral Bay beach that morning and many were swimming.

“When the weather is good, even at Christmas, people go to the beach, especially visitors, which is why we should also be stationed at beaches during December,” he suggested.

Meanwhile Hadjigeorgiou said that it was thanks to the financial contributions of the municipalities of Paphos and Geroskipou that a significant number of lifeguards will stay in place for November.

“The decision of these municipalities is in line with our strategic aim to offer quality service and experiences to our visitors and at the same time send a message that Paphos’ tourist season has been expanded and that we need to keep lifeguards on the beaches,” he said.

In addition, he noted that the municipality of Peyia and other coastal communities will also employ lifeguards this month.

Matheou said that this is usually the case with Peyia municipality, who understand the need to extend the lifeguards working period.

However, finances have prevented Polis municipality from keeping lifeguards on their beaches for November, Mayor Yiotis Papachristofi told the Cyprus Mail.

“We have had to stop our lifeguards from October 31, not because we want to but because there isn’t enough money to keep them. This is something you have to plan before the beginning of the season and not at the last minute,” he said.

He added that next year, the municipality plans to allocate more money to the budget to enable an extension of the months which lifeguards are working.

Matheou said that he hopes further improvements will be brought in for next season, including more staff, better rescue equipment and new and more modern first aid kits.

Hadjigeorgiou agreed that more needs to be done to help the lifeguards.

“The Paphos regional board of tourism, along with the major stakeholders, will keep demanding the extension of the lifeguards working hours as well as their period of employment, and also to upgrade and enhance their available equipment.”