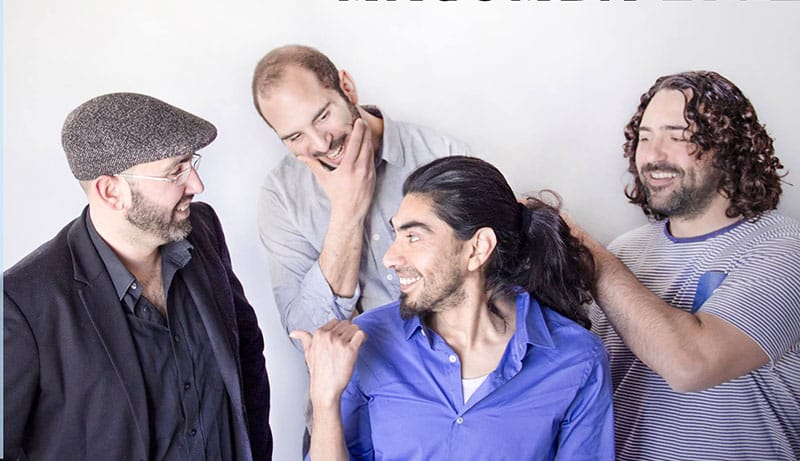 Sarah’s Jazz Club has brought us many jazzy nights since its opening but Latin jazz nights haven’t really been on the agenda, until now.

This Saturday the Latin side of jazz will enter the Nicosia scene with Macumba quartet’s explosive cocktail of Brazilian funk, samba, rumba, Afro-Cuban rhythms, all mixed together with a modern twist.

Macumba was formed soon after Chilean bassist Rodrigo Caceres came to Cyprus and met Rodos Panagiotou (drummer and percussionist), George Morfitis (keyboard player) and Elias Ioannou (trumpet player) – who were already well-known in the Latin-jazz local music scene. Together the four musicians experimented with sound and seek to constantly evolve their own musical horizons and musical range.

Morfitis started his classical music training at six years old. He studied classical music composition, arranging and Jazz/ Latin performance at the ISA Conservatory of Havana in Cuba. He then went on to study at the Codarts Conservatory of Rotterdam in Holland. The musician has participated in well-known European festivals such as North Sea Jazz Festival Round Town and the Madrid Jazz Festival.

Ioannou also studied at Codarts University in Rotterdam specialising in Jazz Trumpet. He has participated in concerts all across Europe, including three performances at the North Sea Jazz Rotterdam Festival.

Caceres is a Chilean bassist well known in the Latin-jazz, flamenco and world music scene. He performs and organises seminars across Europe, Latin America and Asia.

Panagiotou is a well-known Cypriot drummer who comes from a musical family. The drummer studied at the Conservatory of Greece and Rotterdam and set up the Brazilian percussion group Batukinio.

Saturday will have a very Latin feel, times four.

Cyprus is committed to promoting UNESCO goals – Minister of Education