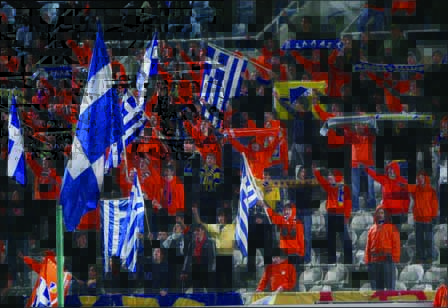 IN THE LAST few years, a worrying surge in nationalism has been recorded in Europe including Cyprus. As there is a blurring of the line separating patriotism and nationalism, promoted by the far right, I think it is necessary to clear this confusion.

Nationalism, in contrast to patriotism, is not related to love for country but with hostility and hatred for members of other countries. By definition, a nationalist considers the national ideals, embraced by his faction, above other values such as equality, justices, human dignity, and freedom of thought, conscience and religion, considering it an imperative to trample on them, often by recourse to violence.

In Europe, the main factors contributing to the rekindling of nationalism are the radicalisation of Islam, the immigration crisis and the fear of the globalisation steamroller. The phenomenon of nationalism in Cyprus is a bit more complicated.

As a principle, nobody is born a nationalist. No ideology is inherent.  In sociology, there is a very important term – socialisation – which refers to the way an individual is gradually integrated into society and becomes a part of its culture. In other words, it is the process by which individual, as members of a society, learn the social values and mores of a specific society. If some Saudi Arabs kidnapped the Archbishop when he was a baby and he was adopted by a Saudi family, today he may have been a Muslim leader and enemy of the Orthodox faith.

Consequently, to explore the rise of nationalism in Cyprus we would have to focus on the factors that influence socialisation. Sociology texts refer to four main factors: family, school, peers and mass media. These factors apply to a normal state, but in Cyprus there is a fifth factor that is very important – football.

Linking football to the rekindling of nationalism does not mean that education is of minor importance. On the contrary. But I have dealt with the matter in past articles and have lamented, on countless occasions, the exploitative patriotism that dominates the teaching of our history at schools. The education ministry has left itself at the mercy of the Church and the associations of Eoka fighters, while it is no secret that most former education ministers belonged to the far right.

Football has become a very important part of the lives of Cypriots. The number of spectators at matches may be declining, but this does not worry the football clubs, which rely on the funding from television coverage. In big footballing nations, two or three matches stand out and are broadcast by TV from the weekly fixture list, whereas in Cyprus all ties are shown. This is why whatever evening you visit a bar or café at the weekend, you will see some football match on their big screens.

It should be noted that this is big waste of resources, because many times a match between the ‘small teams,’ which has no significance in league standings and is guaranteed a very low viewership, is covered live not only by television but also two or three radio stations. If it were a world cup final, you could probably understand it.

In the nineties a practice that was catastrophic for Cypriot society appeared. The supporters of the so-called nationalist clubs began taking Greek flags to football grounds. By using this sacred symbol, they were disputing the Greekness of their opponents, while causing offence to the public sentiment of Cypriots, who, for centuries, lived harmoniously with people of other religions and ethnicities.

The most worrying, though, is that a hatred is cultivated against the Cyprus flag and by extension against Cyprus, their country. There is no doubt that if someone accidentally appears with a Cyprus flag amongst the ‘organised’ supporters of these clubs, he would not be spared the lynching. The perverse thinking of these fans is that whoever does not support their team was an ‘enemy of Greece.’ It is that simple. Unfortunately, the club bosses view this phenomenon with apathy. They failed spectacularly if their aim was to nurture the Greek conscience because they created animosity among people.

The nationalism promoted by football seriously undermines the standing of the Cyprus Republic, especially in matches of European competitions, at which the waving of Greek flags by supporters of the Cyprus club gives the impression that our country is just a province of Greece. There is an independent and sovereign state, free and autonomous, a member of the UN and it is called the Cyprus Republic. This reality is being attacked by the ‘organised’ supporters of the clubs and of course by Turkey, which trumpets urbi et orbi that the Cyprus Republic is defunct. Unconsciously, the ‘nationalist’ clubs are on the same path as Turkey.

It is well-known that nationalists resort to abusive attacks instead of dialogue when someone criticises their ideology. This is why I would not be in the least bit surprised if I am labelled a ‘blasphemer,’ a ‘Turk spawn’ or a ‘Greek serving foreigners’. It is the price by someone who expresses a view boldly and bluntly. But I have no hesitation in adding that bearing this cost is an honour.

NPLs are only a symptom