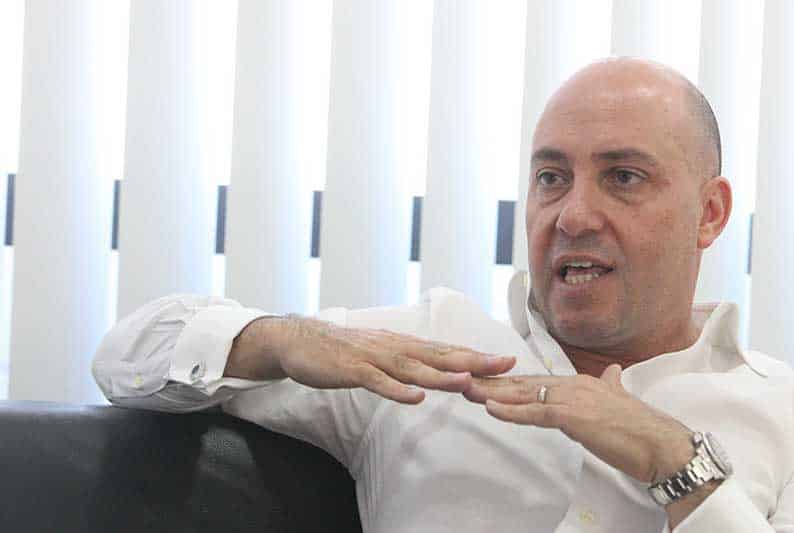 Health Minister Giorgos Pamboridis said on Monday that the disputed transfer of a doctor from a rural hospital to Limassol has taken place and challenged the five physicians who had threatened to resign over the move to go ahead and do so.

The outspoken minister said his ministry is ready to bear the brunt of a possible mass resignation of five doctors from the Limassol general hospital, who had sent him a letter threatening to walk out if a physician at the Kyperounda hospital’s pulmonary clinic, was transferred to their department. The doctors reportedly said in their letter that their colleague was inefficient and behaving unprofessionally.

“The state will not be blackmailed by anyone. Neither in intensive care units, or pulmonary clinics or anywhere. And if that means five less doctors, so be it,” Pamboridis said.

The doctor in question has reportedly been taking consecutive sick leave days since he was informed about the transfer. Pamboridis had to explain to MPs last month why his ministry had not gone ahead with the transfer. At the time, Pamboridis said that they had postponed the move, not because they succumbed to blackmail, but because his patients needed him.

The doctor has since been transferred to Limassol.

Pamboridis also said that some reactions over the recent resignations of ICU doctors from the Nicosia general hospital were over the top and had ulterior motives. The health ministry came under fire by state doctors’ union Pasyki last week when it blamed the ministry for inaction over the departure of four doctors from Nicosia general’s ICU over the last year.

“Since May, nine doctors resigned in total, out of 980. Is that too big of a number?” Pamboridis asked. He pointed out that when in 2012, 22 doctors walked out in one night over pay cuts no one had protested, not even Pasyki.

There are 980 state doctors, he said, which is the largest number of doctors ever serving in state hospitals. He also rejected claims that more patients were visiting state hospitals.

“Those who talk without a case study should not do it lightly,” he said.

The minister also took on Diko leader and presidential candidate Nicolas Papadopoulos who went on Cybc television on Monday to criticise health reform and the state of public hospitals.

The National Health Scheme (NHS) is the greatest social reform promoted in Cyprus since the introduction of the Social Insurance Fund in 1960, Pamboridis said in response to Papadopoulos’ statement that the proposed NHS was just another tax.

He also asked Papadopoulos whether his claims that he has the minister on tape making promises to insurance companies that he would push for a multi-insurance NHS constitutes a criminal offence.

“Since he is a fellow lawyer he should read law 92 1 of 1996, article 3, and tell us if ‘we have him on tape’ could be deemed a criminal offence,” Pamporidis said.

The minister said that ever since he assumed his duties as minister he has been promoting the single-payer system, which is the system the government wants.

“If he has me on tape I challenge him to make this recording public, as well as the place and way of its production, to see if it is genuine on the one hand and if it is the full recording or a part of it on the other,” he said.

He also made a swipe at Papadopoulos by saying that unlike the Diko leader he does not ask cameramen to follow him around whenever he visits a public hospital, and called on all presidential candidates to stop slandering state hospitals “with fake news”.

New parliament to be ready in 2023