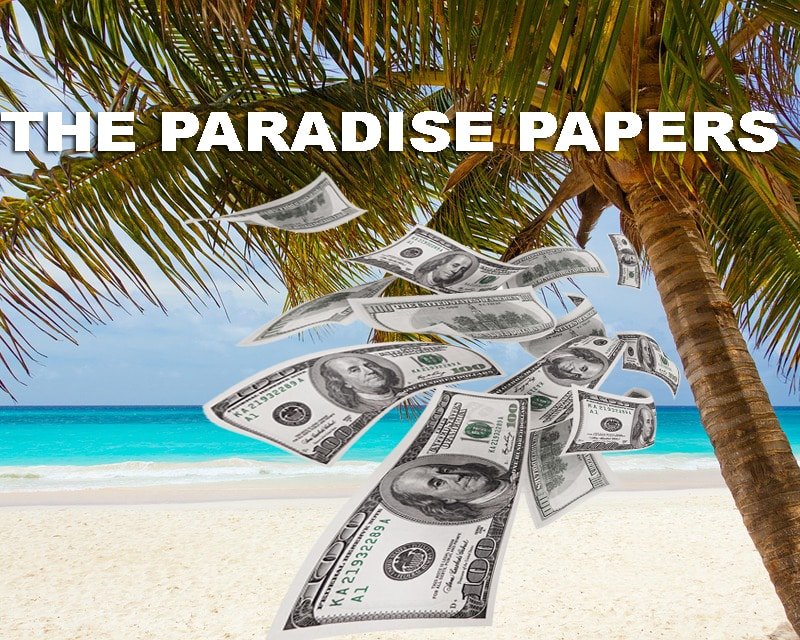 The Paradise Papers, the new data leaked from the Bermuda-based Appleby law firm, so far show that Cyprus has played only a limited role in the efforts by world politicians, celebrities, major companies and entrepreneurs to conceal their wealth or avoid paying taxes.

The latest tranche of 13.4 million documents leaked on Sunday show that Cyprus’s involvement is apparently limited to activities related to two childhood friends of Russia’s president Vladimir Putin, the Ukrainian President Petro Poroshenko, a grandson of Kazakhstan’s ruler Nursultan Nazarbayev and a former mayor of Warsaw.
According to the website of the International Consortium of Investigative Journalists (ICIJ) two billionaire brothers, Arkady and Boris Rotenberg, both old friends of Putin and included in the US sanctions list, are linked to Cyprus via Markom Management.

Markom Management, formerly known as SP Management, is a London-based company which helped the two brothers set up six companies in the British Virgin Islands (BVI), according to the ICIJ report. Markom Management acted as a liaison with the Panamanian law firm Mossack Fonseca.

Markom Management was behind the redomicile of most the companies belonging to the Rotenbergs to Cyprus by the summer of 2015, according to the ICIJ. The companies were involved in a wide range of activities which included the construction of pipelines and the purchase of equipment for constructing a villa in Tuscany for Igor Rotenberg, the son of Arkady. The Rotenbergs did not respond to request for comment, the ICIJ said.

Regarding Ukrainian president Poroshenko, the Paradise Papers say that while he had pledged to sell his confectionary group of companies, Roshen Group, during the 2015 presidential campaign, he had a company set up in Cyprus which ultimately acquired the shares, the ICIJ said. Poroshenko’s advisors said in response that the structure aimed at facilitating the sale of Roshen.

Nurali Aliyev, the former deputy mayor of Astana, Kazakhstan’s capital, appears to be owner of d’Alba International Holdings Ltd, a BVI-based firm established more than three years ago, according to the ICIJ. Alba International used to hold a bank account in Cyprus.

Aliyev is a grandson of Kazakhstan’s president, Nursultan Nazarbayev. His mother Dariga, Nazarbayev’s eldest daughter, was married to Rakhat Aliyev, the former vice foreign minister who before he was found dead in his cell in 2015 while awaiting trial for kidnapping and murder in an Austrian prison, had amassed a huge fortune. Nurali Aliyev, did not respond to request for comment.

Finally, Warsaw’s former mayor and former member of the European Parliament Pawel Piskorski, appears to have attempted to open up a bank account with Eurobank Cyprus Ltd, for Stardale Managament Inc., a Panamanian company he acquired five years ago, the ICIJ said. Piskorski said in his response that the acquisition of Stardale was part of a plan he later abandoned and hence he did not need to open the account with Eurobank.

Appearance on the list of Paradise Papers does not indicate criminal activity.