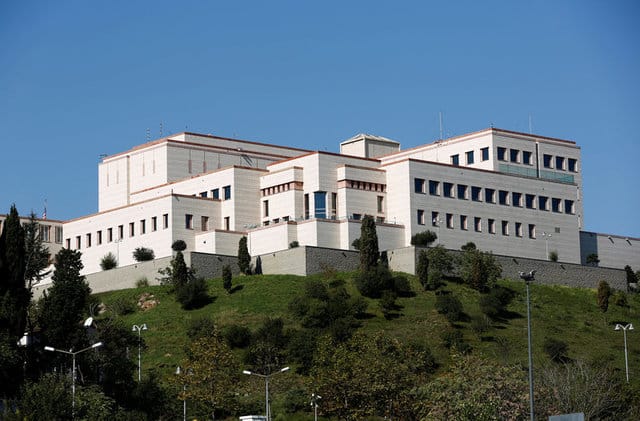 US consulate is pictured in Istanbul

United States missions in Turkey have partially resumed processing visa applications, the embassy said on Monday, and a Turkish government source said Ankara could follow suit in the first step to ease a diplomatic crisis between the two allies.

The move, on the eve of a visit to Washington by Turkish Prime Minister Binali Yildirim, came almost a month after US missions in Turkey suspended all non-immigrant visa services following Turkey’s arrest of a US consulate employee.

Within hours of the US announcement on Oct 8, Turkey said it was implementing reciprocal measures and President Tayyip Erdogan later angrily accused Washington of sacrificing a longstanding alliance with Ankara.

“The US Mission in Turkey has resumed processing visas on a limited basis,” the embassy said in an email seen by Reuters on Monday, adding that appointments would be limited and could lead to long waiting times.

“The decision came right before PM Yildirim’s visit to the US, showing that Turkey-US agreed on a mutual solution regarding the visa service crisis,” Ozgur Altug, chief economist at brokerage BGC Partners, said in a note.

The gains in the lira, which was also boosted by central bank measures on dollar liquidity earlier on Monday, helped push Istanbul’s main BIST stock index up 2.58 per cent on Monday to close at a record high of 114.165,67 points.

In May, a translator at the US consulate in the southern province of Adana was arrested and, more recently, a Drug Enforcement Administration (DEA) worker was detained in Istanbul. Both are accused of links to last year’ failed coup. The US Embassy has said the accusations are baseless.

Turkish police want to question a third worker based in Istanbul. His wife and daughter were detained over alleged links to the network of US-based cleric Fethullah Gulen, blamed by Ankara for orchestrating the abortive putsch. They were later released.

Turkey has been angered by what it sees as US reluctance to hand over Gulen, who has lived in Pennsylvania since 1999. US officials have said courts require sufficient evidence to order his extradition.

Gulen denies any involvement in the failed coup.

Turkey has also been enraged by Washington’s support for the Syrian Kurdish YPG militia in the fight against Islamic State. Turkey regards the YPG as an extension of the outlawed Kurdistan Workers Party (PKK).

Techno to enchant the mind

WHO acknowledges ‘evidence emerging’ of airborne spread of Covid-19